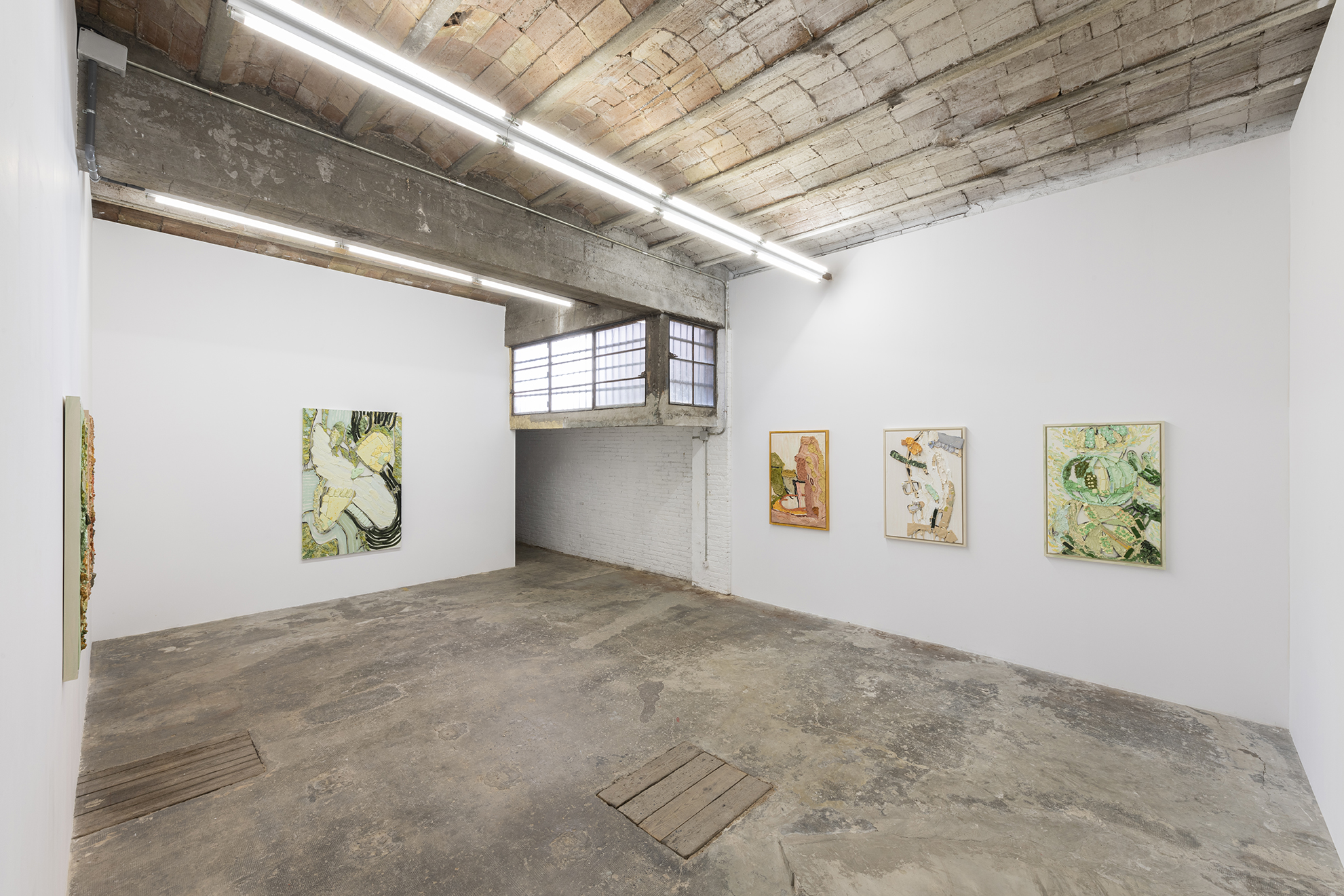 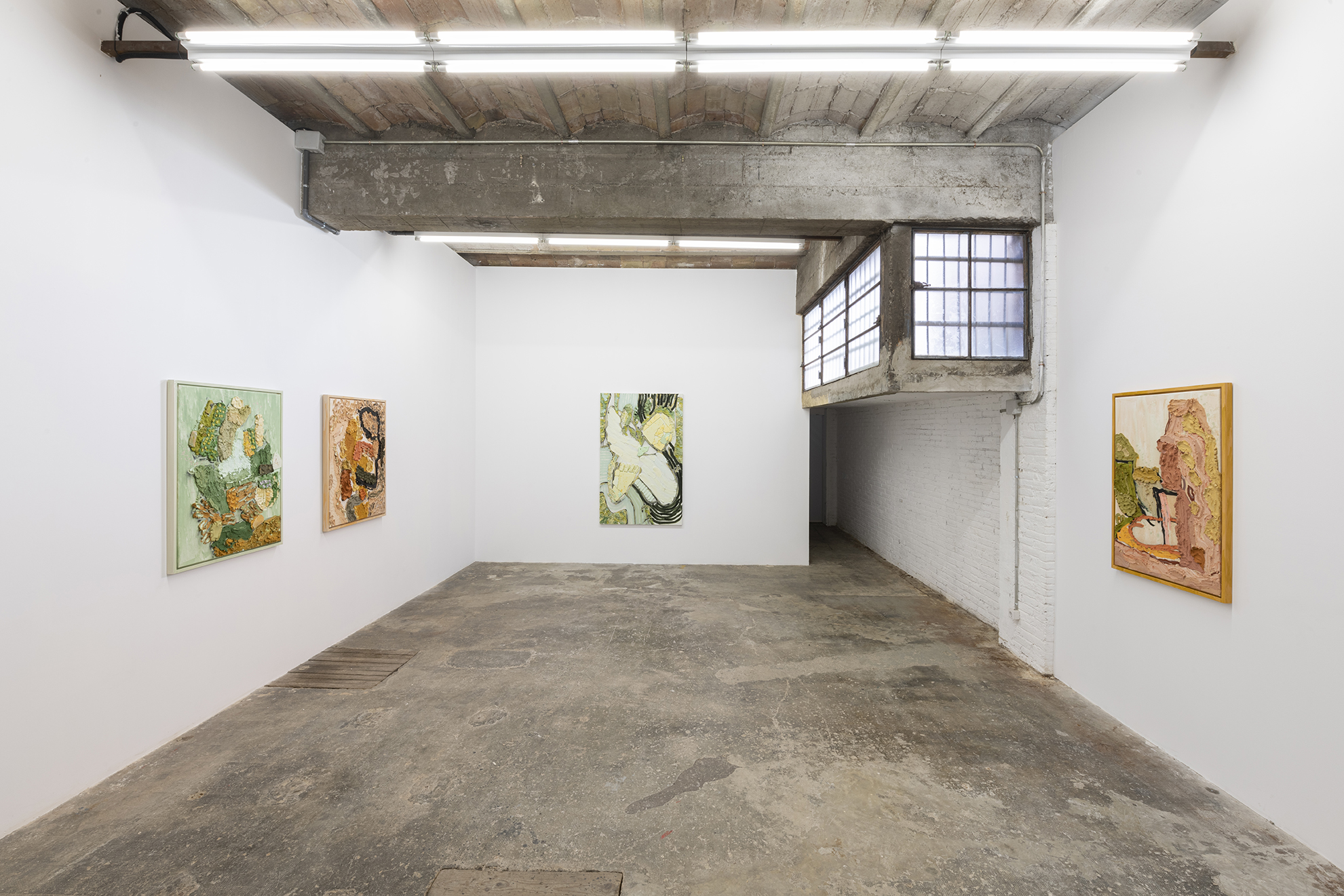 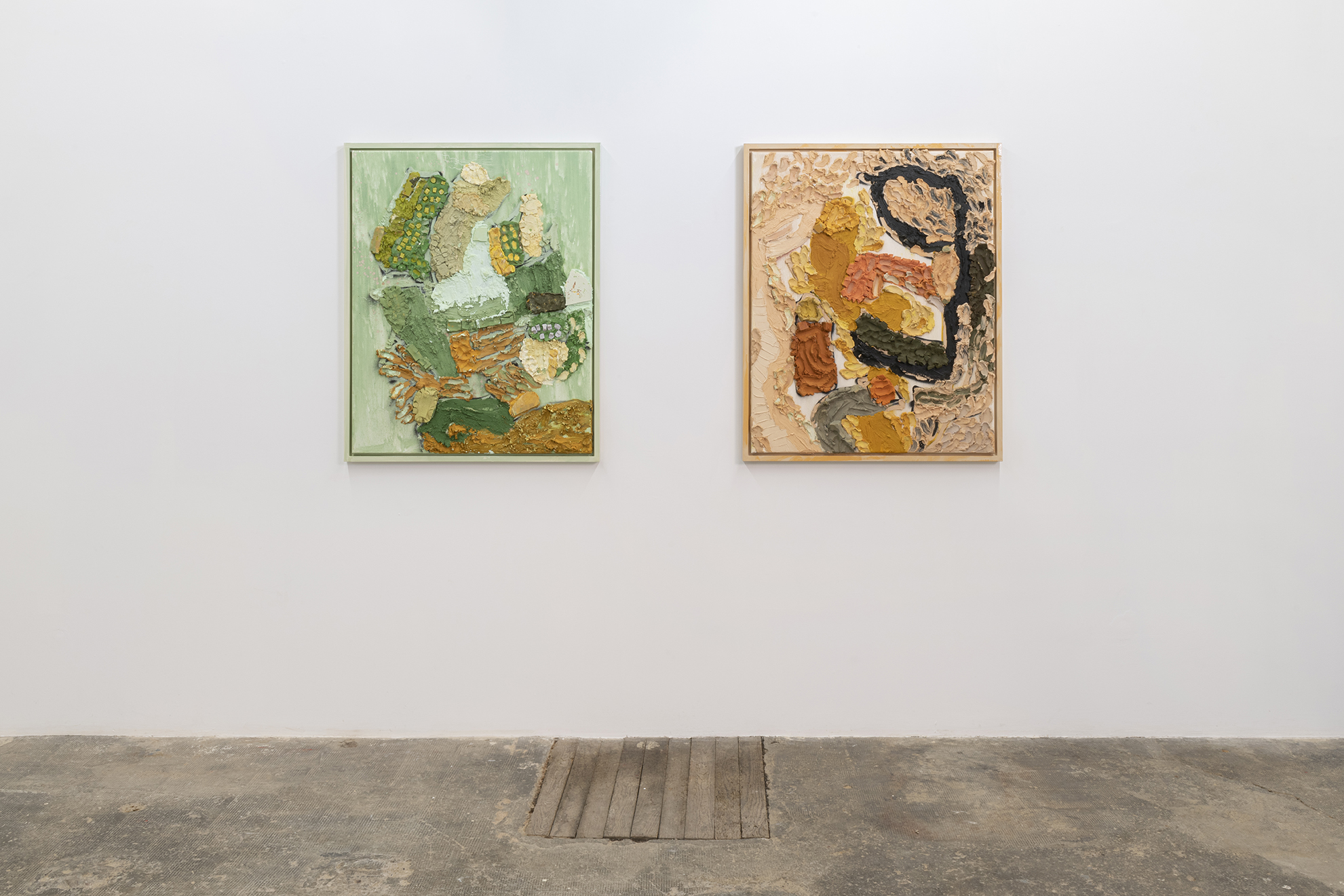 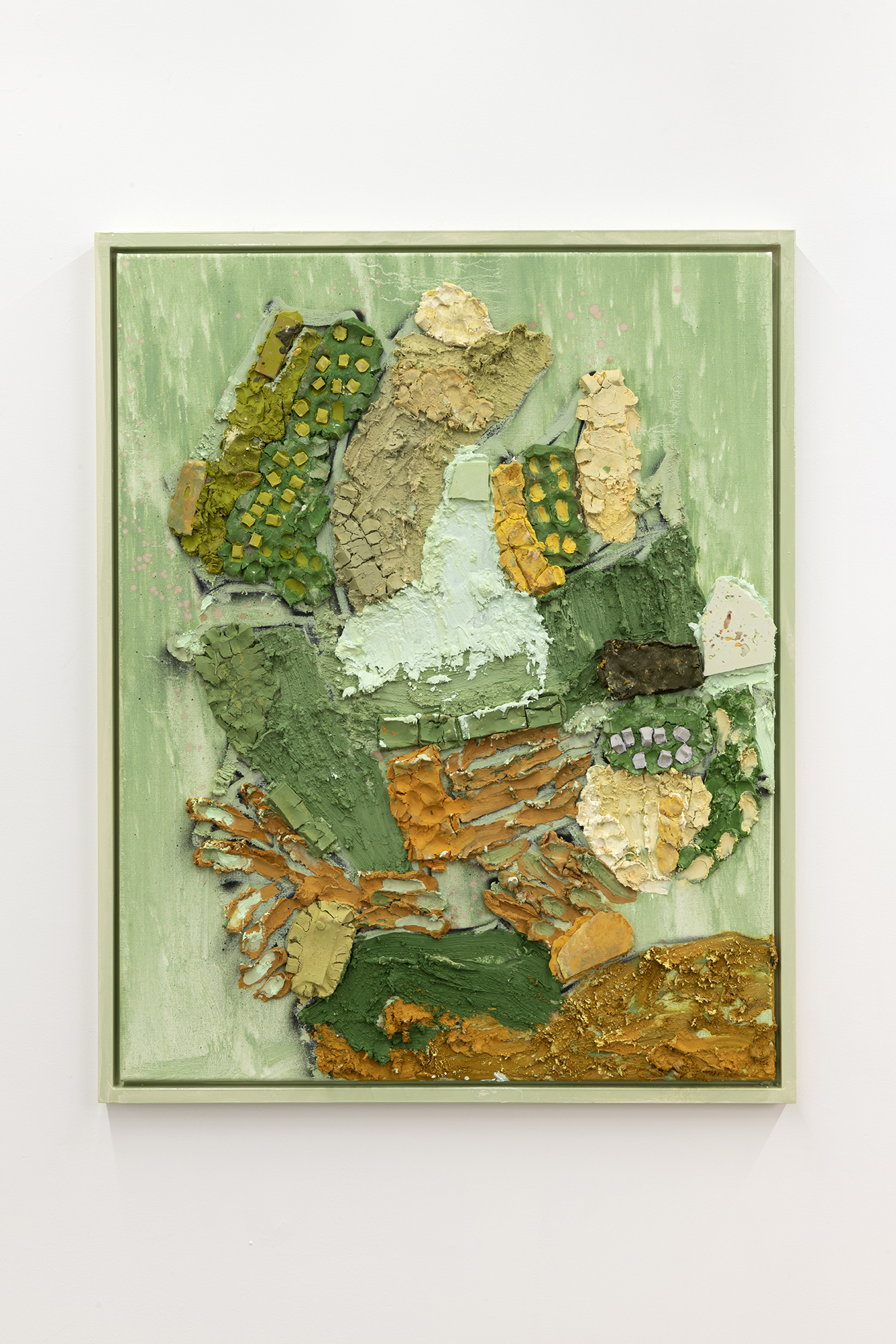 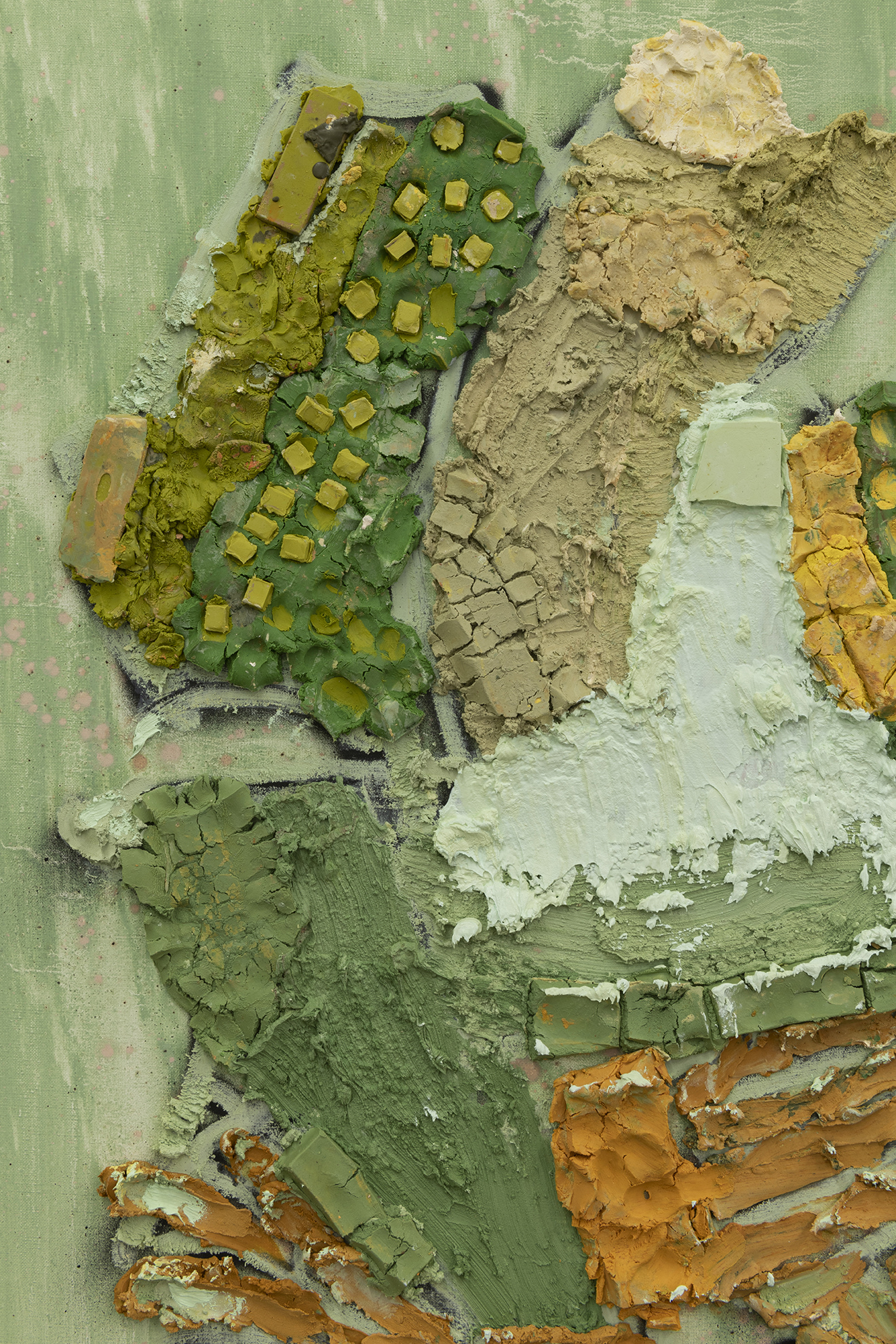 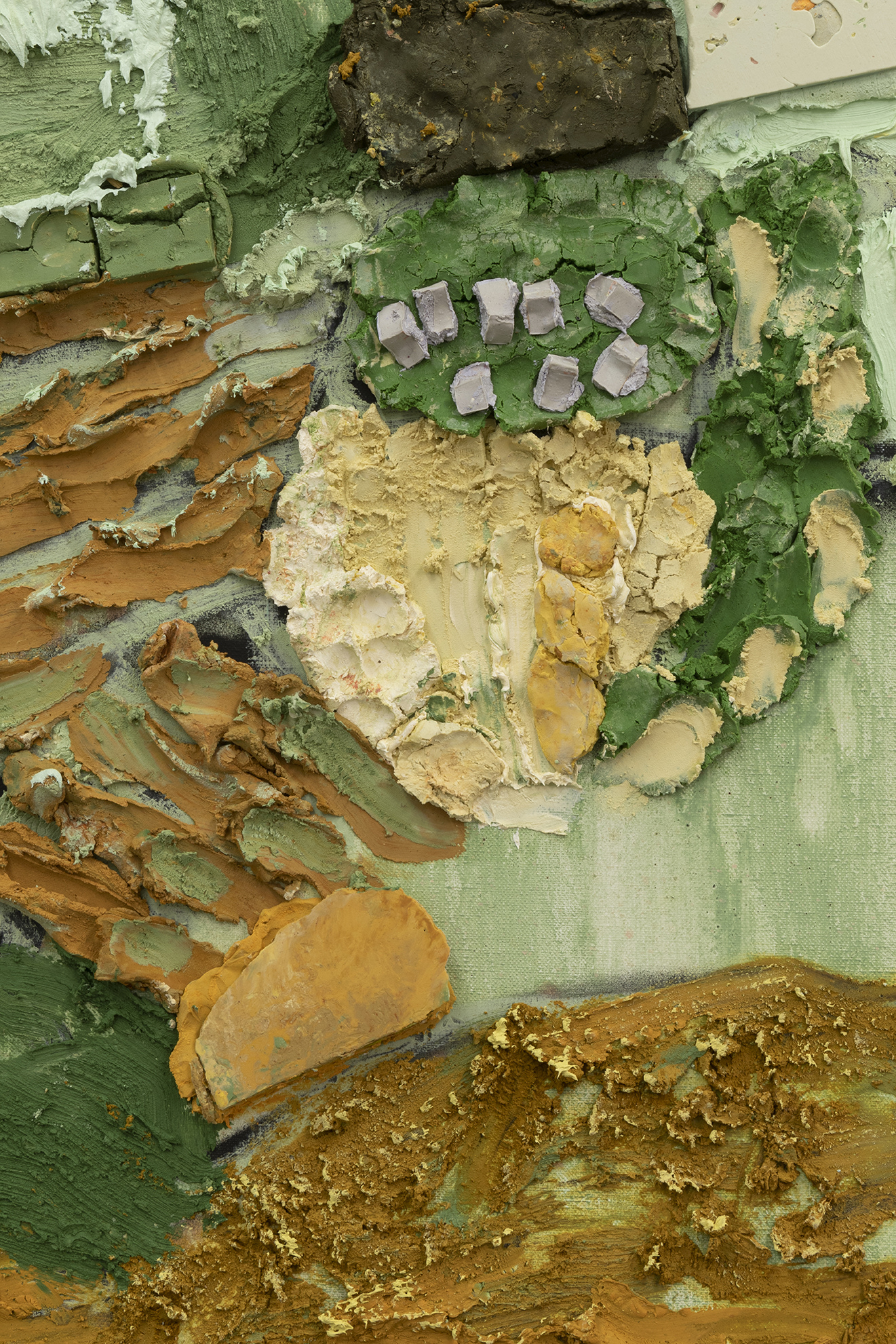 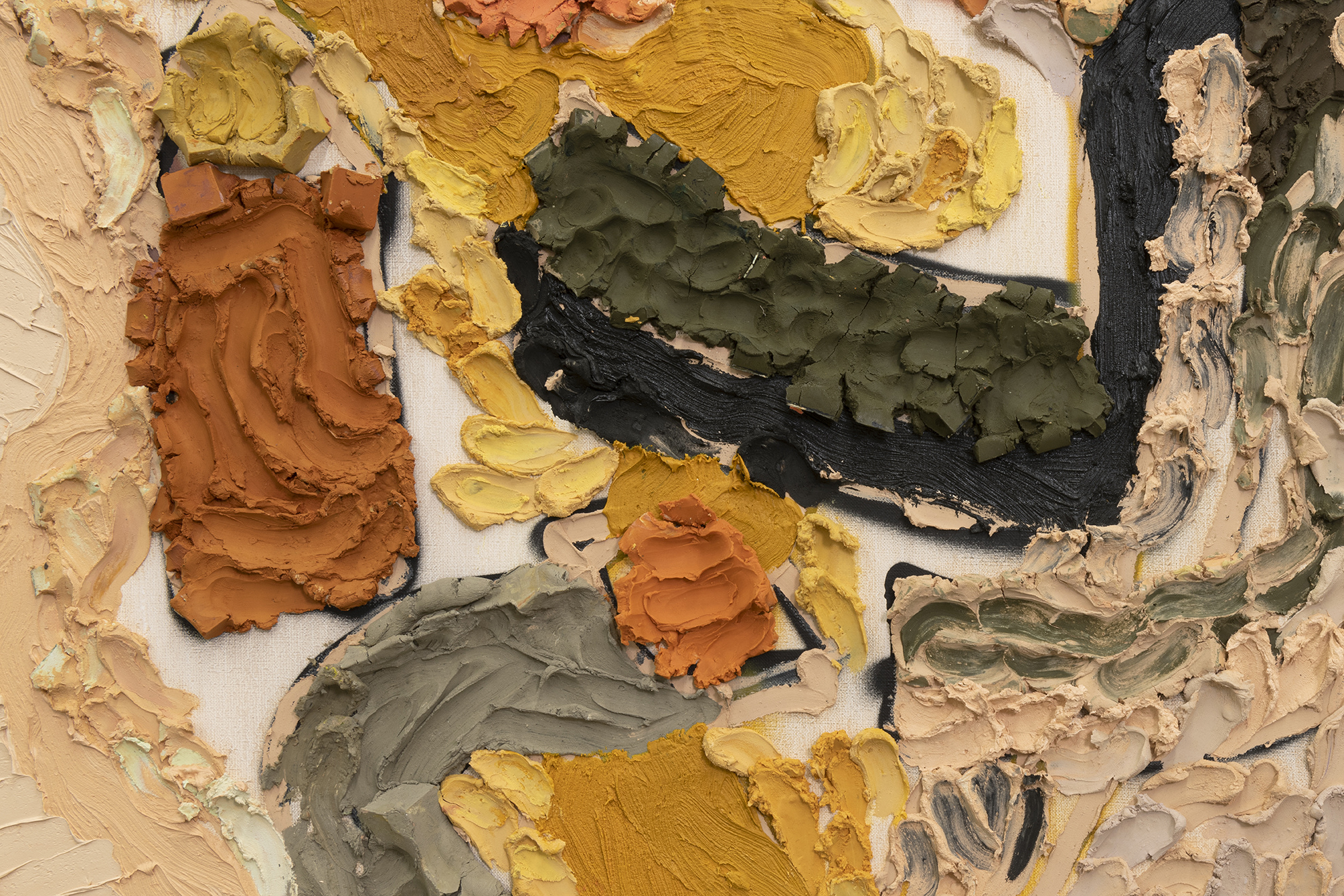 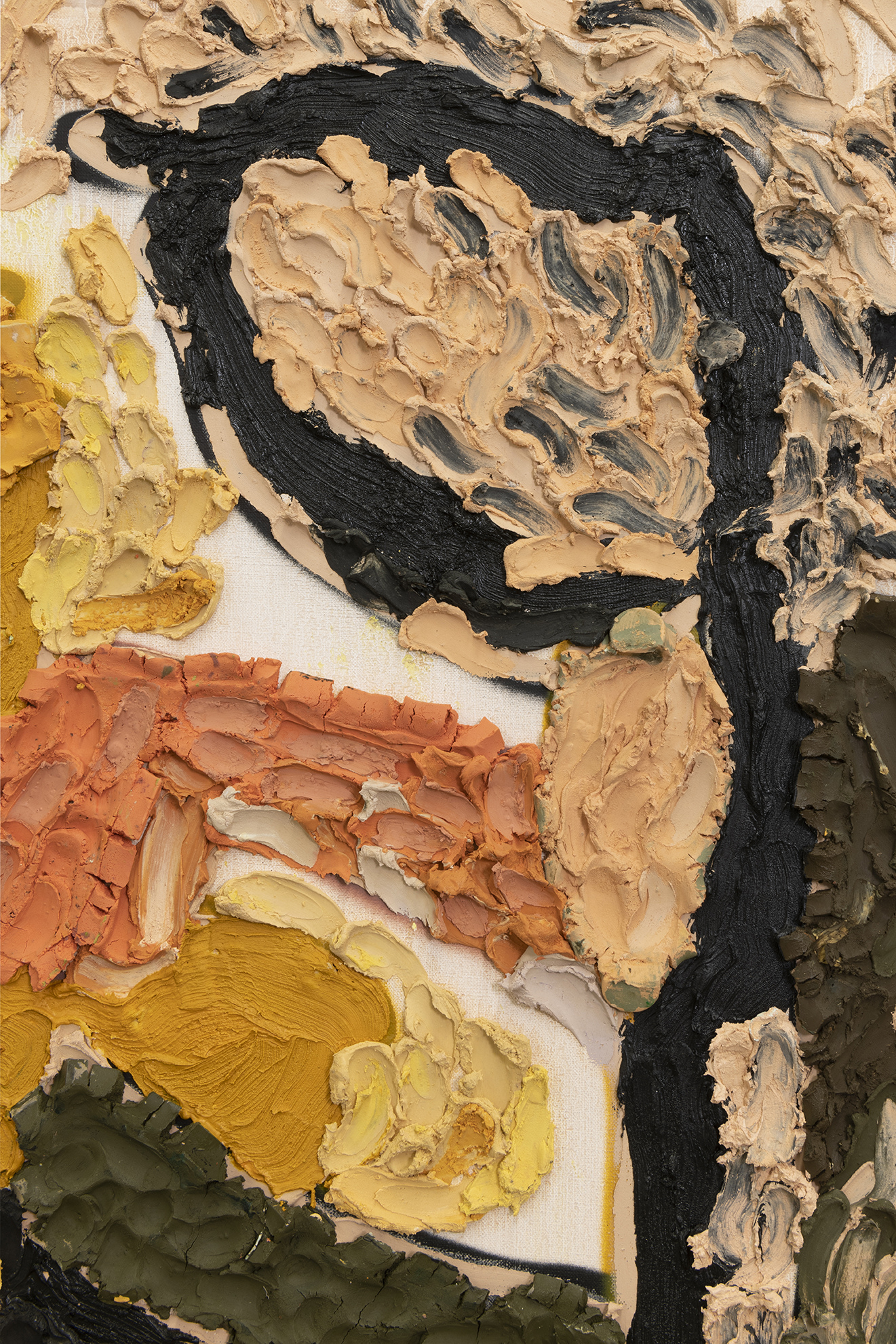 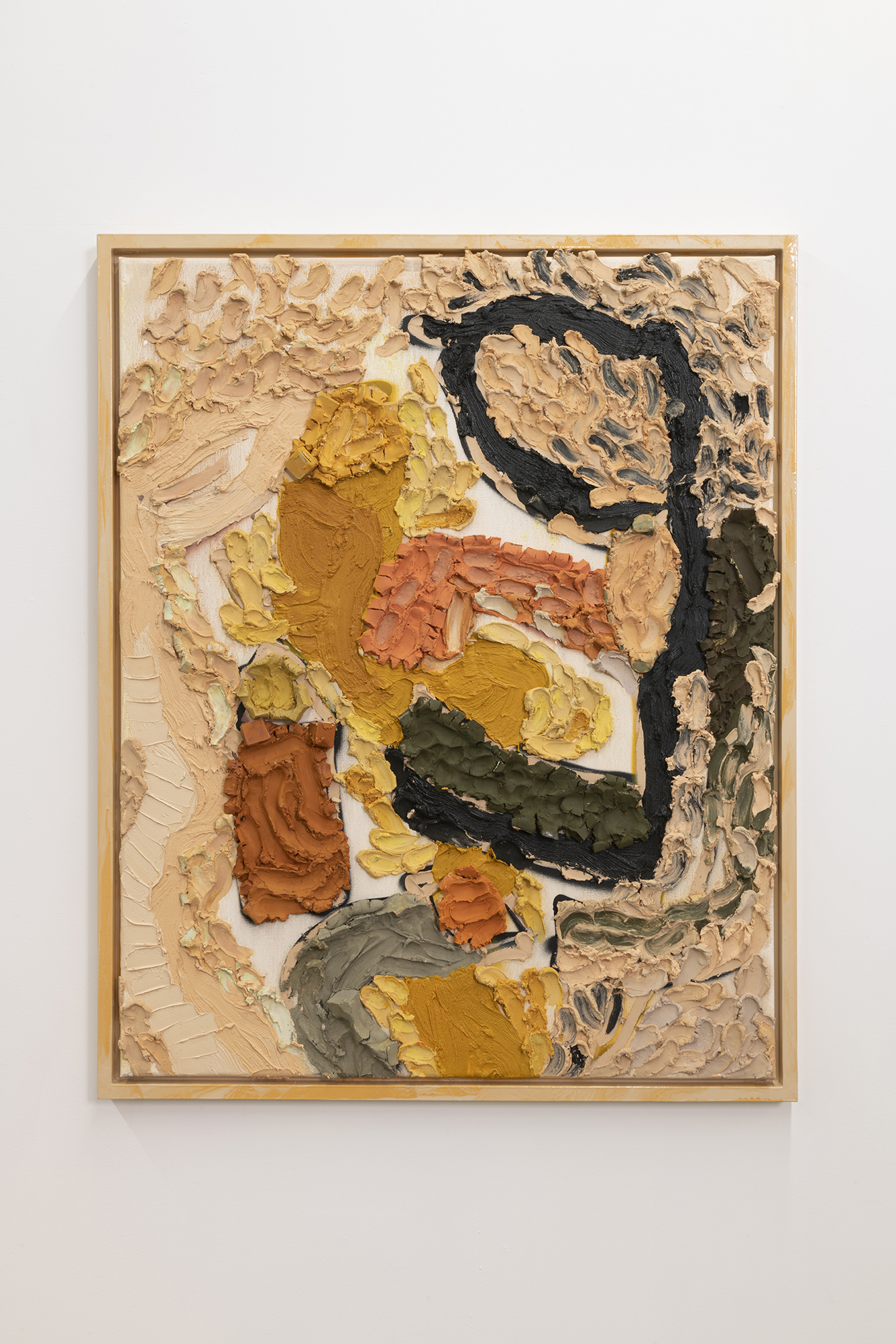 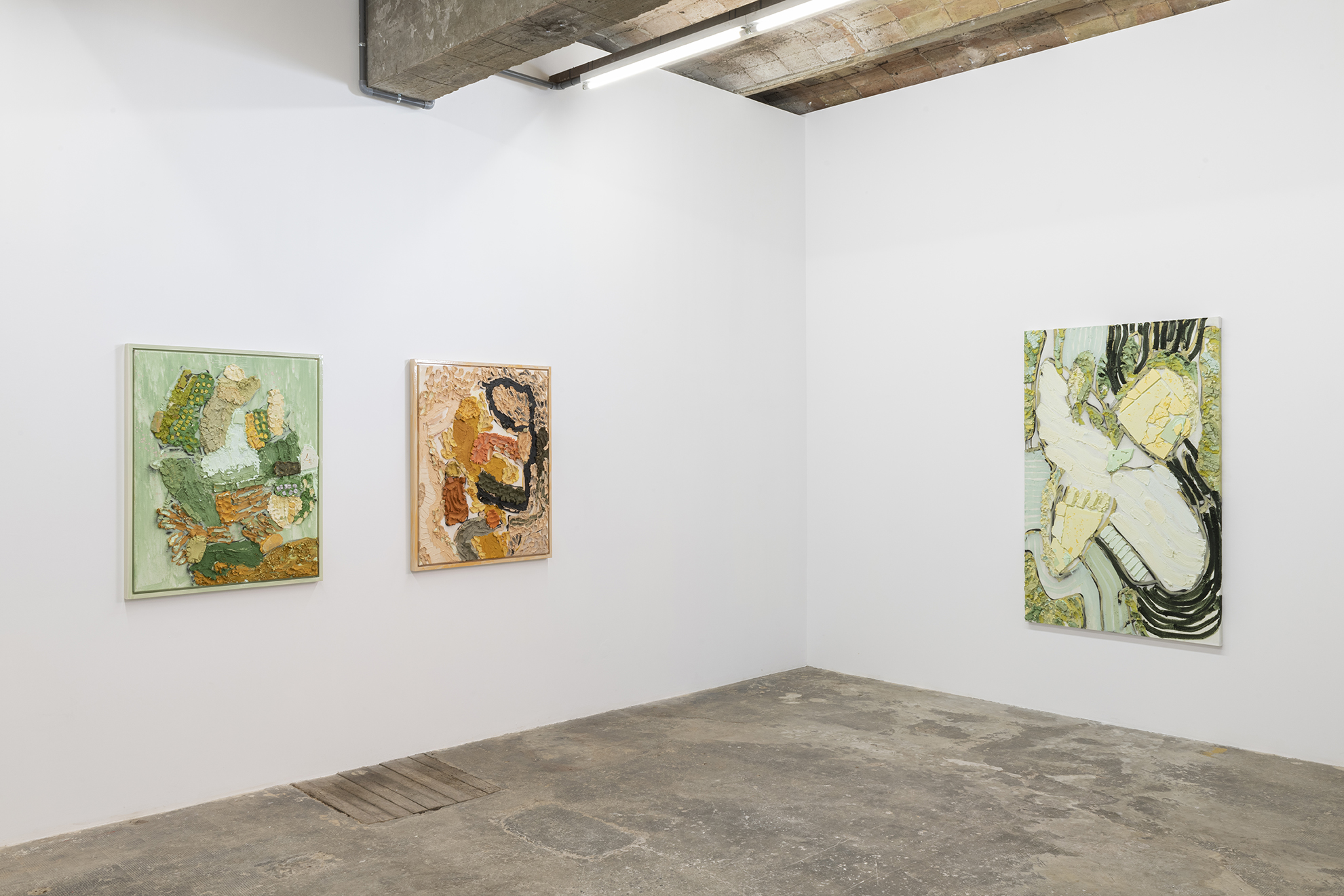 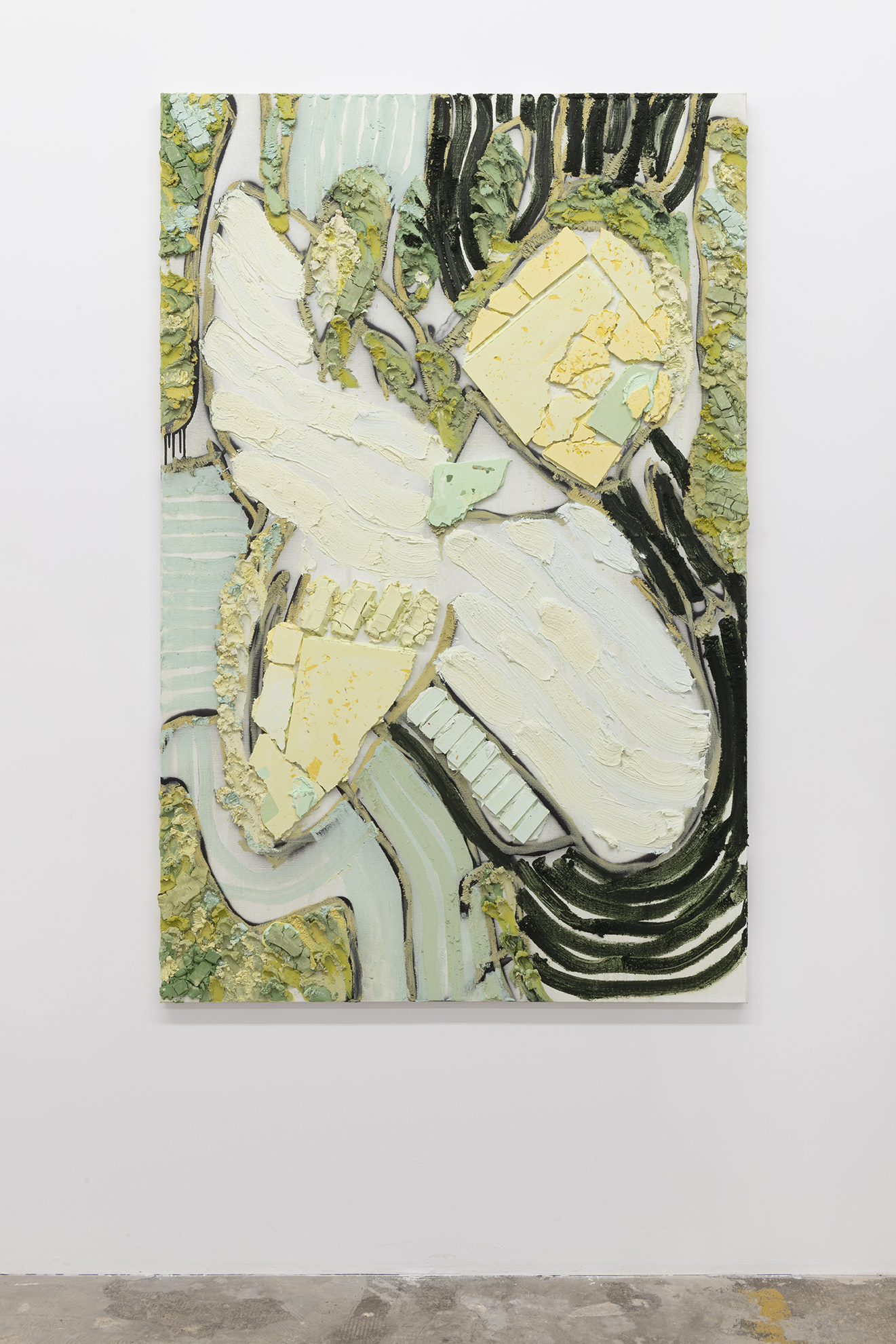 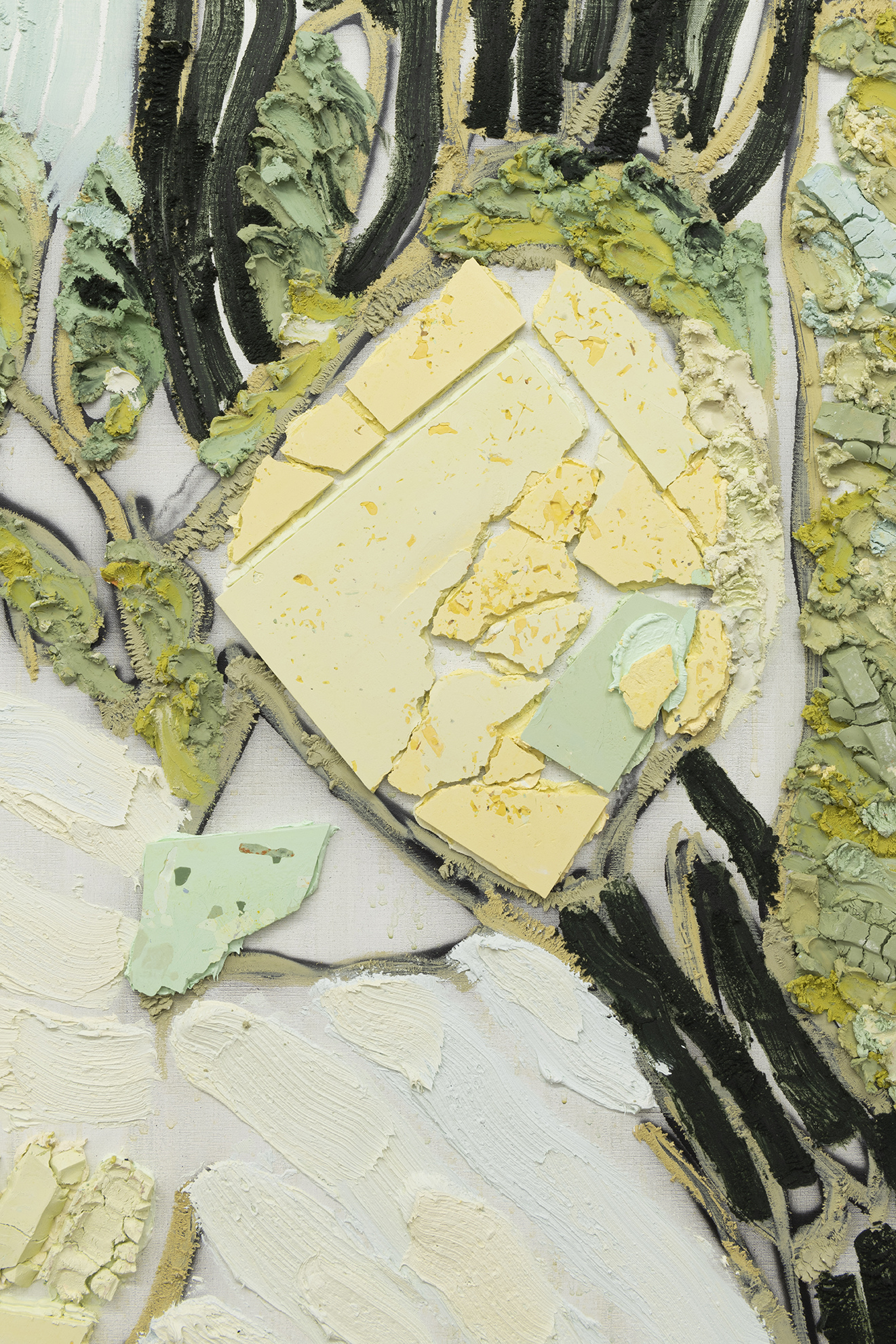 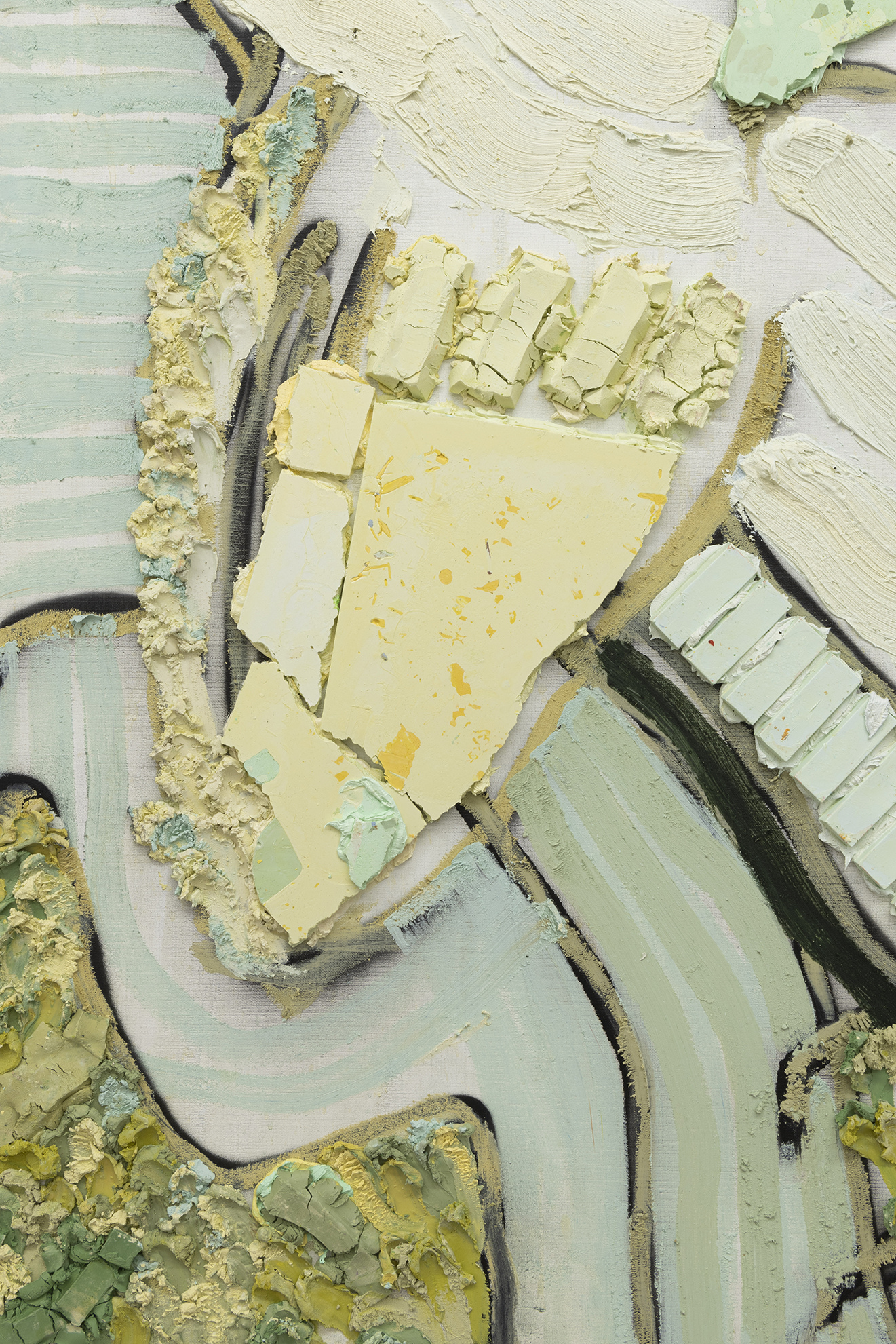 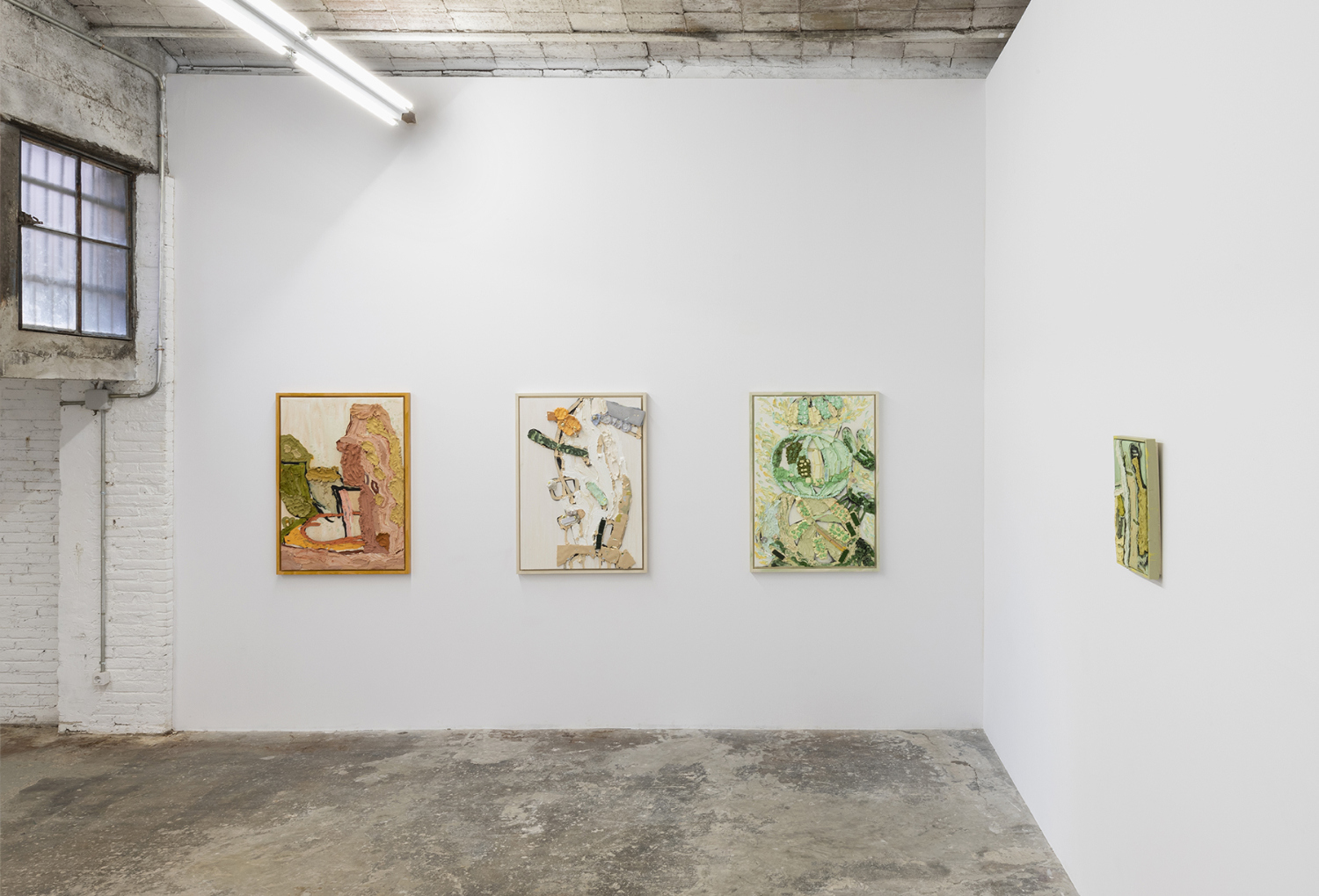 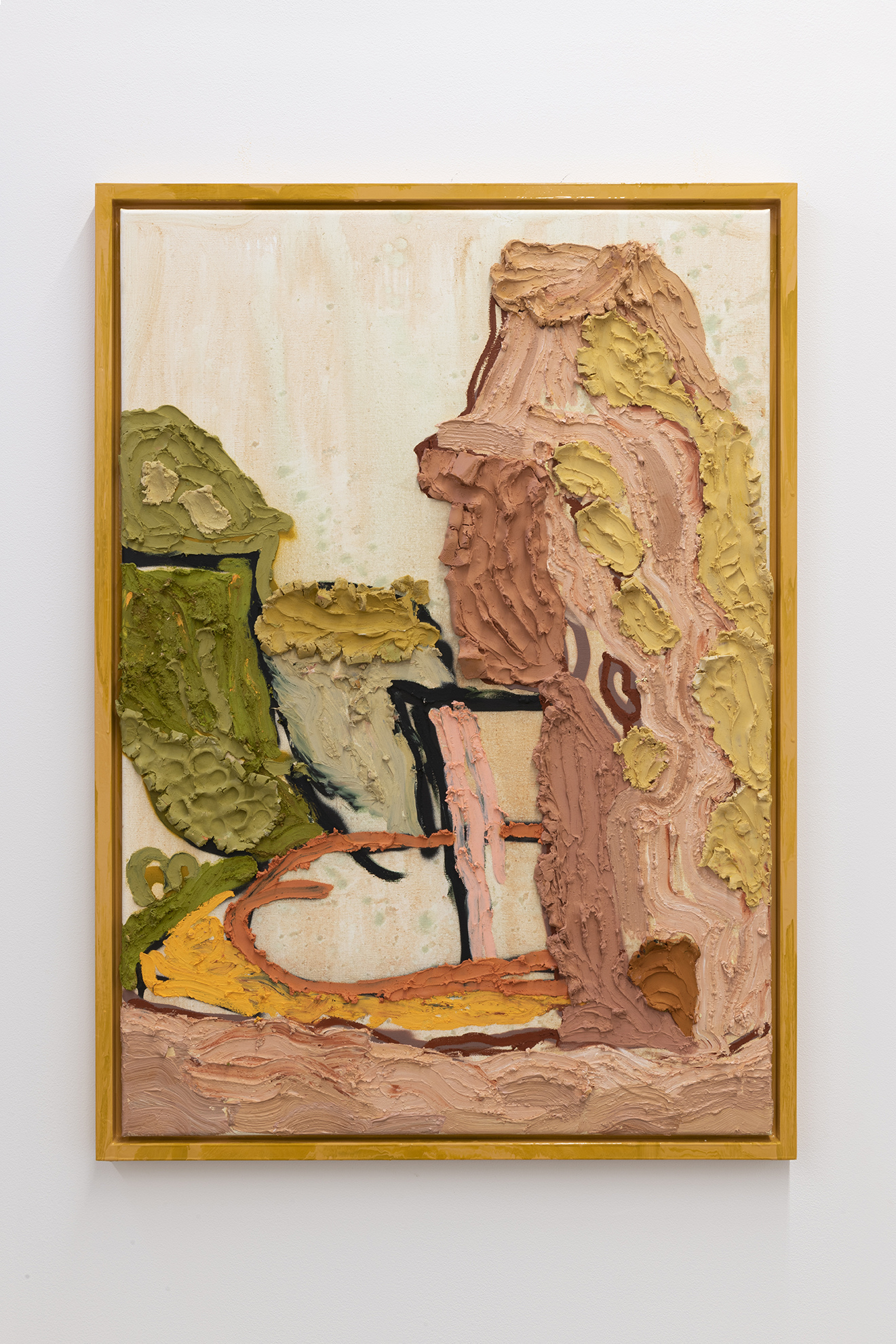 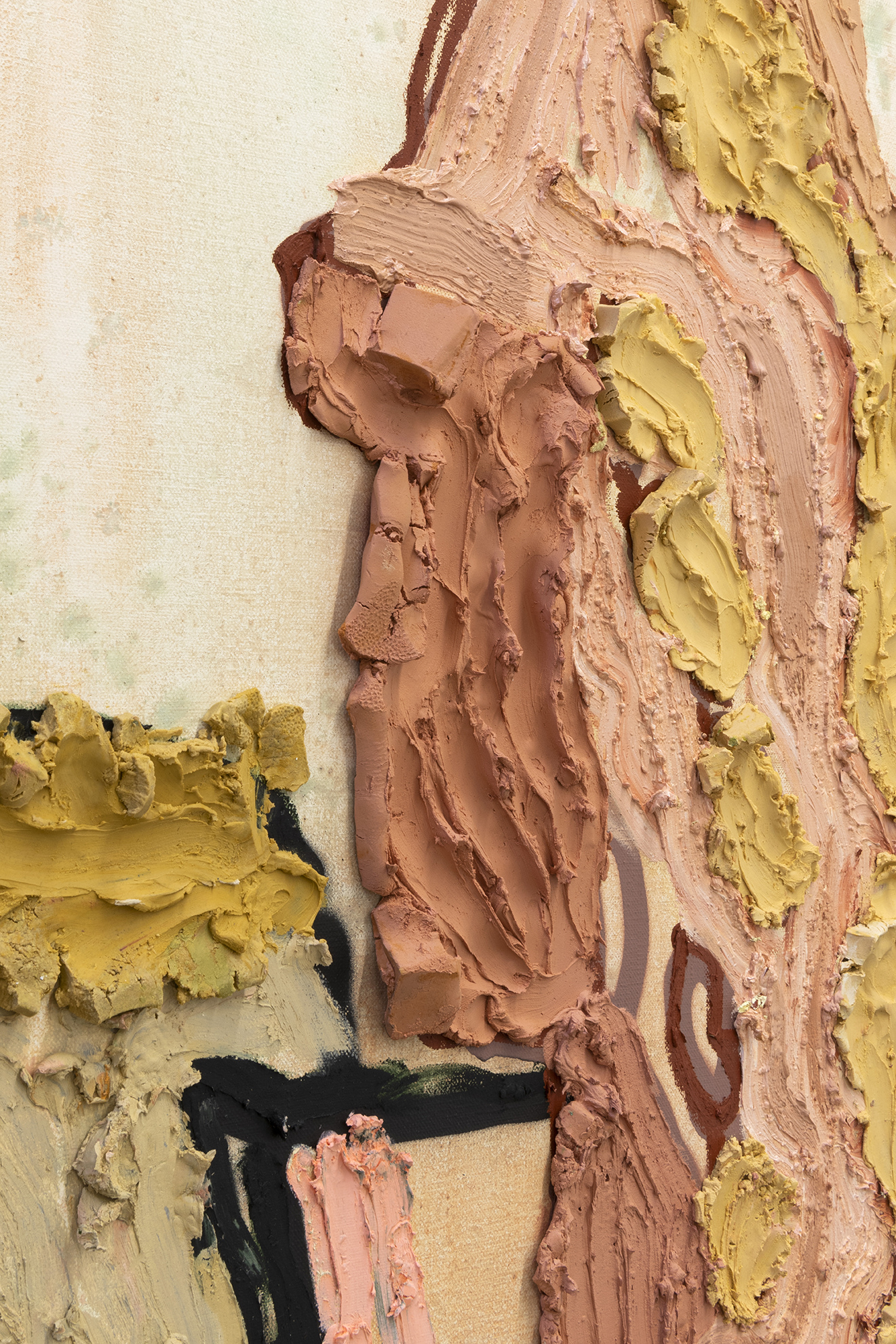 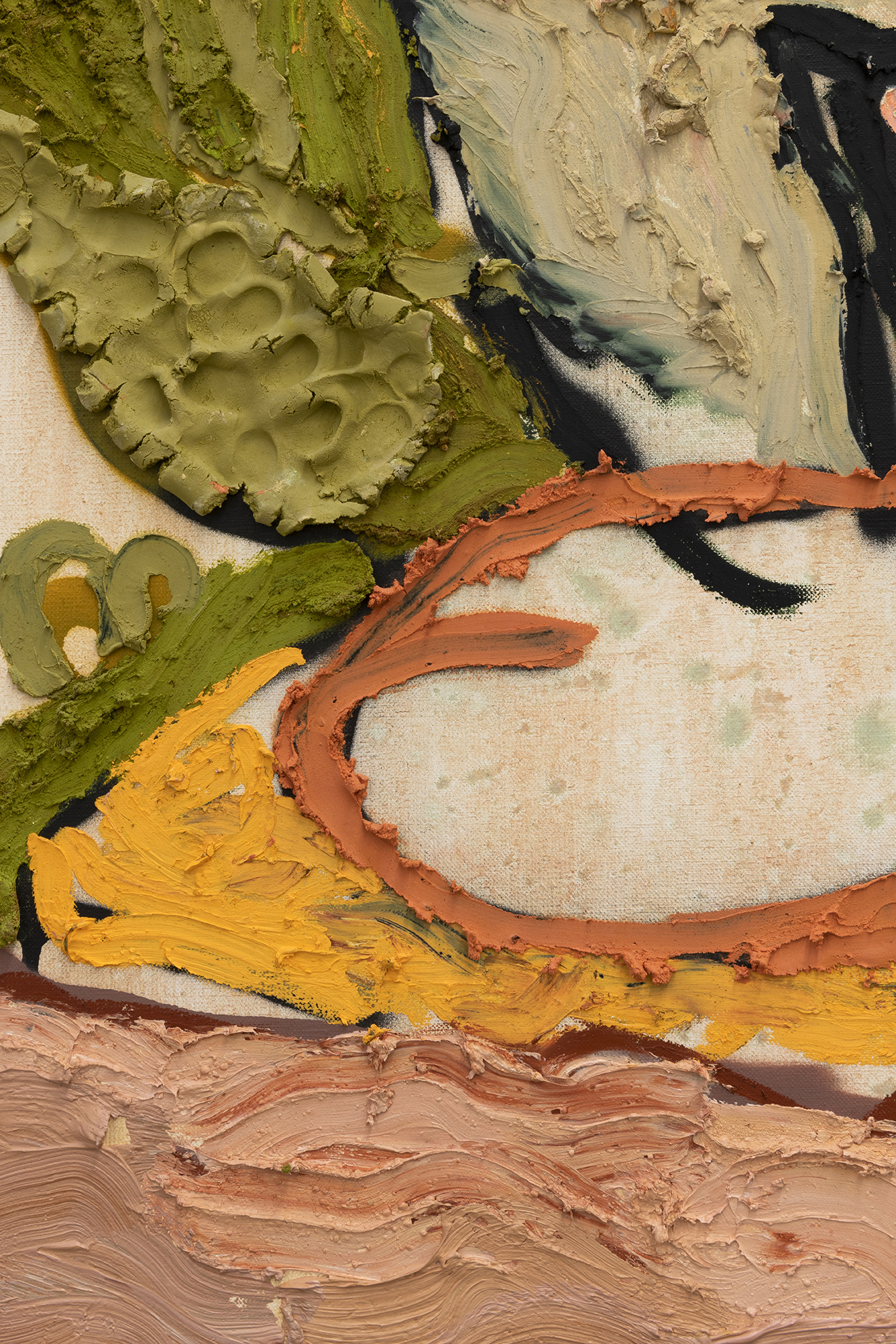 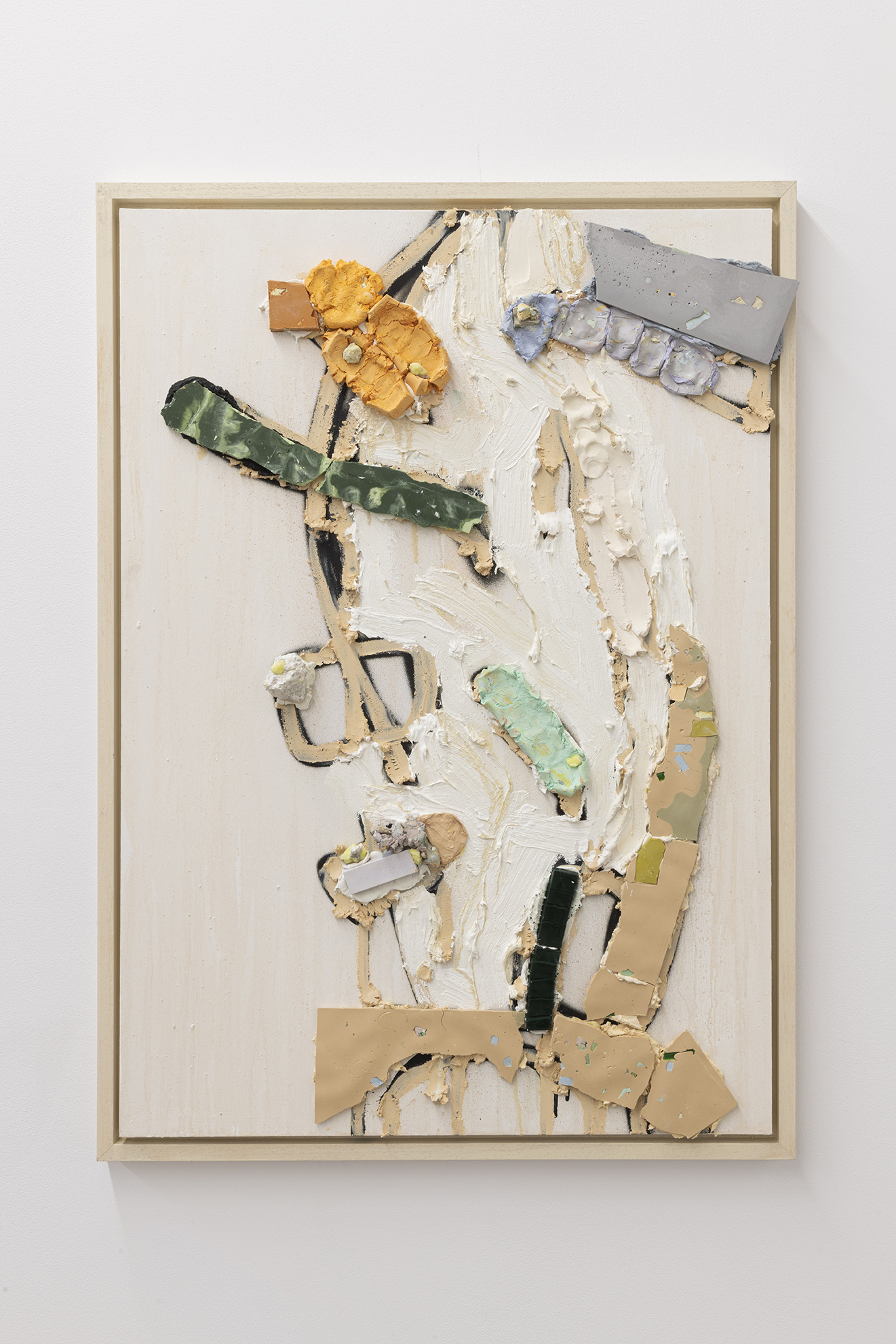 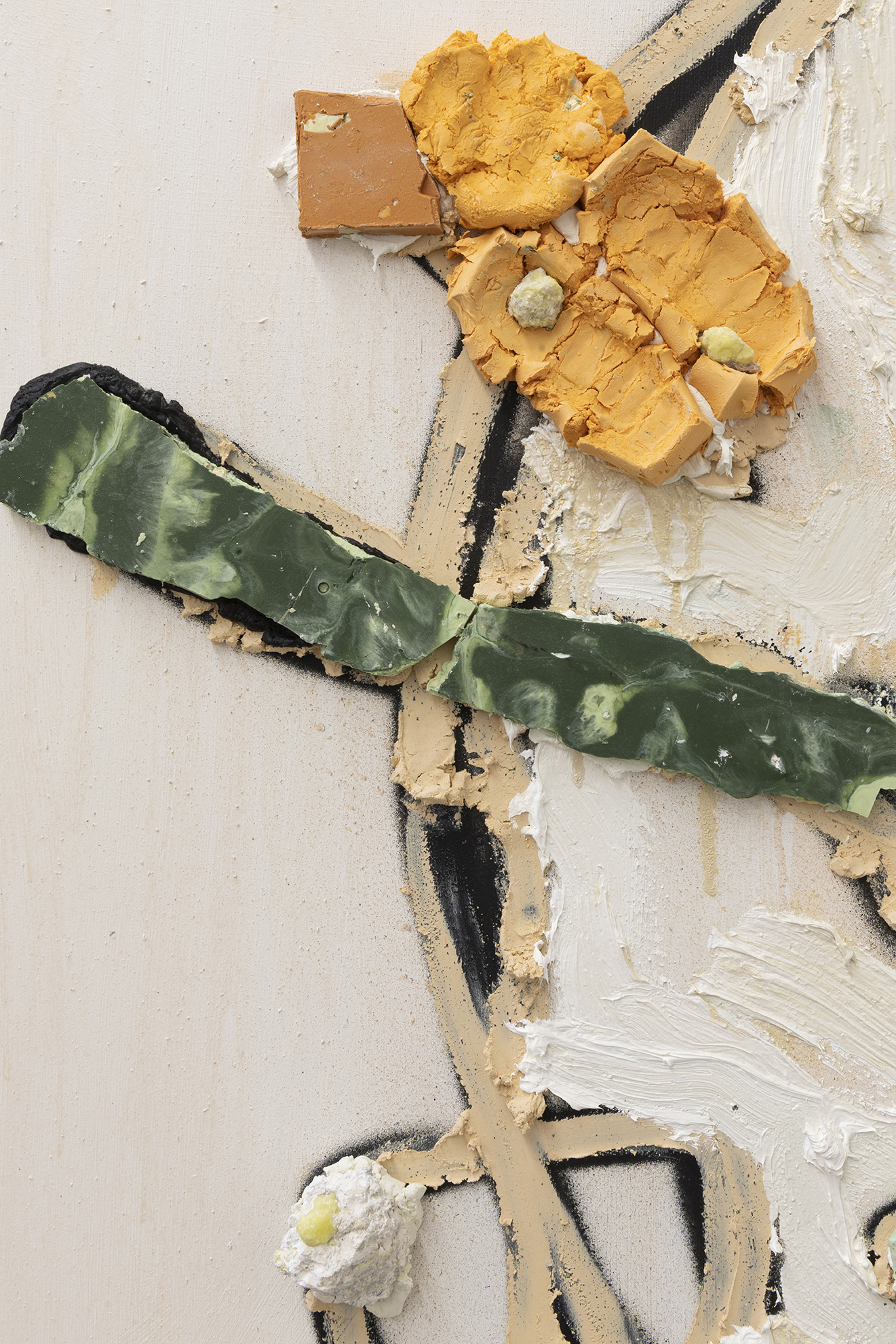 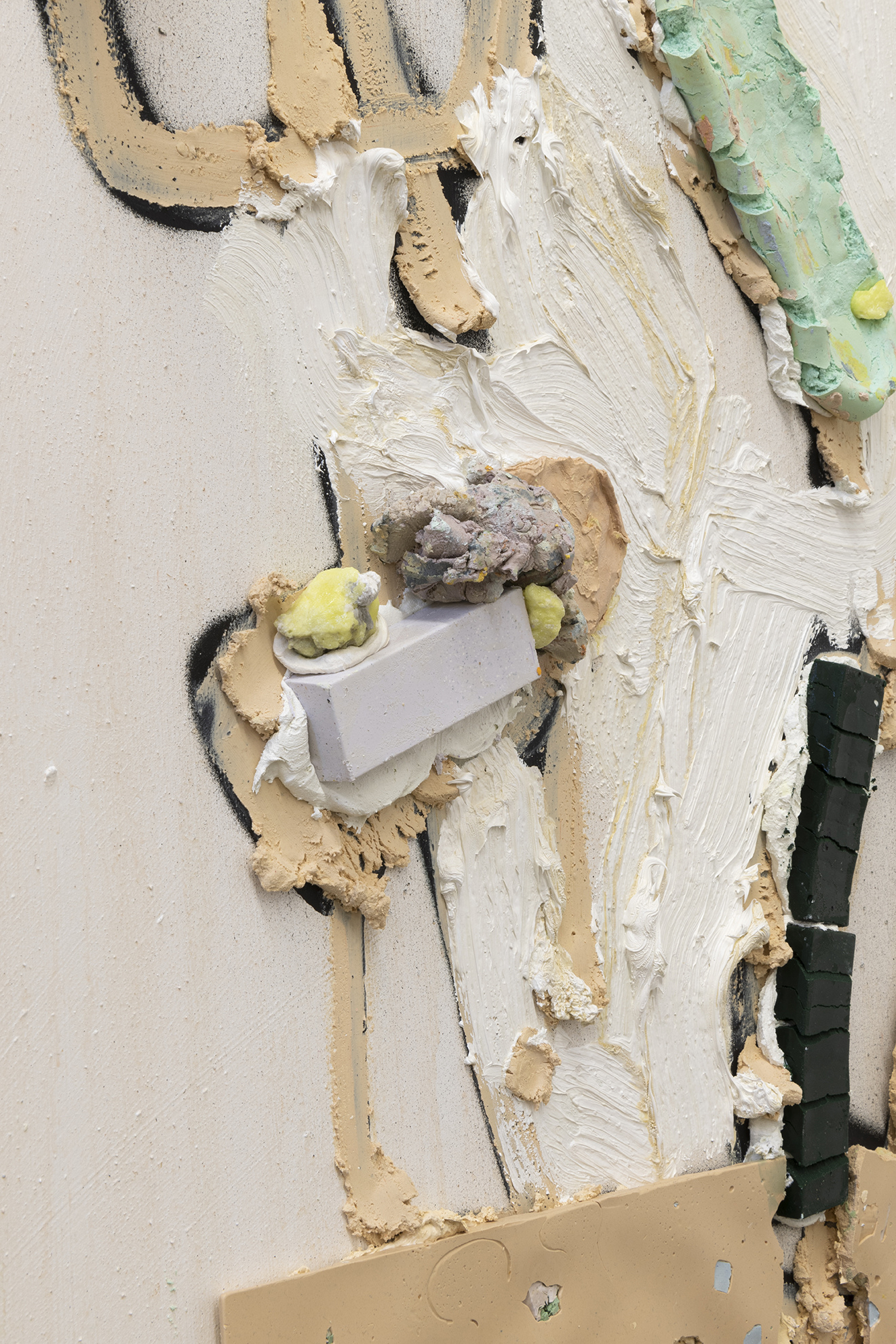 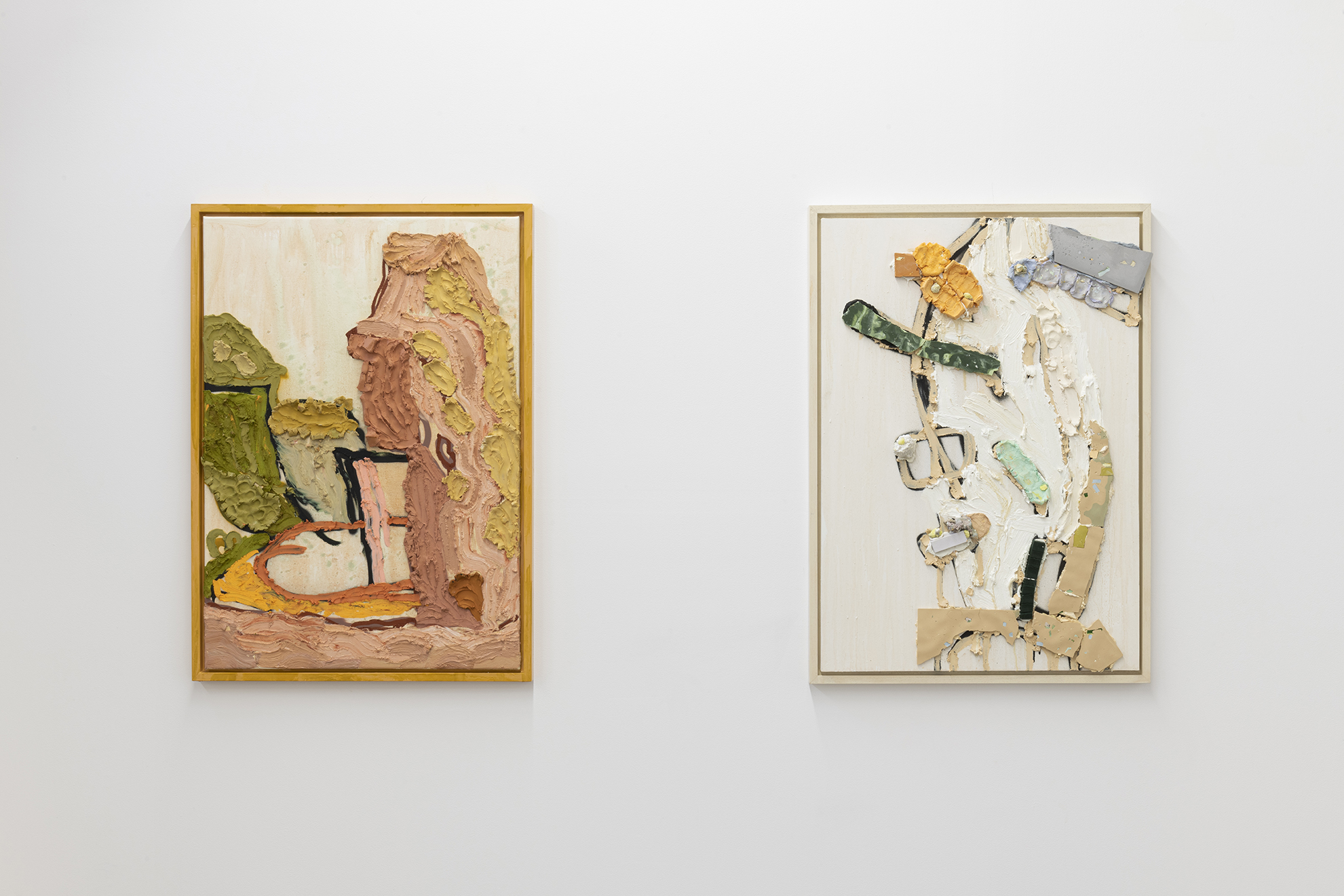 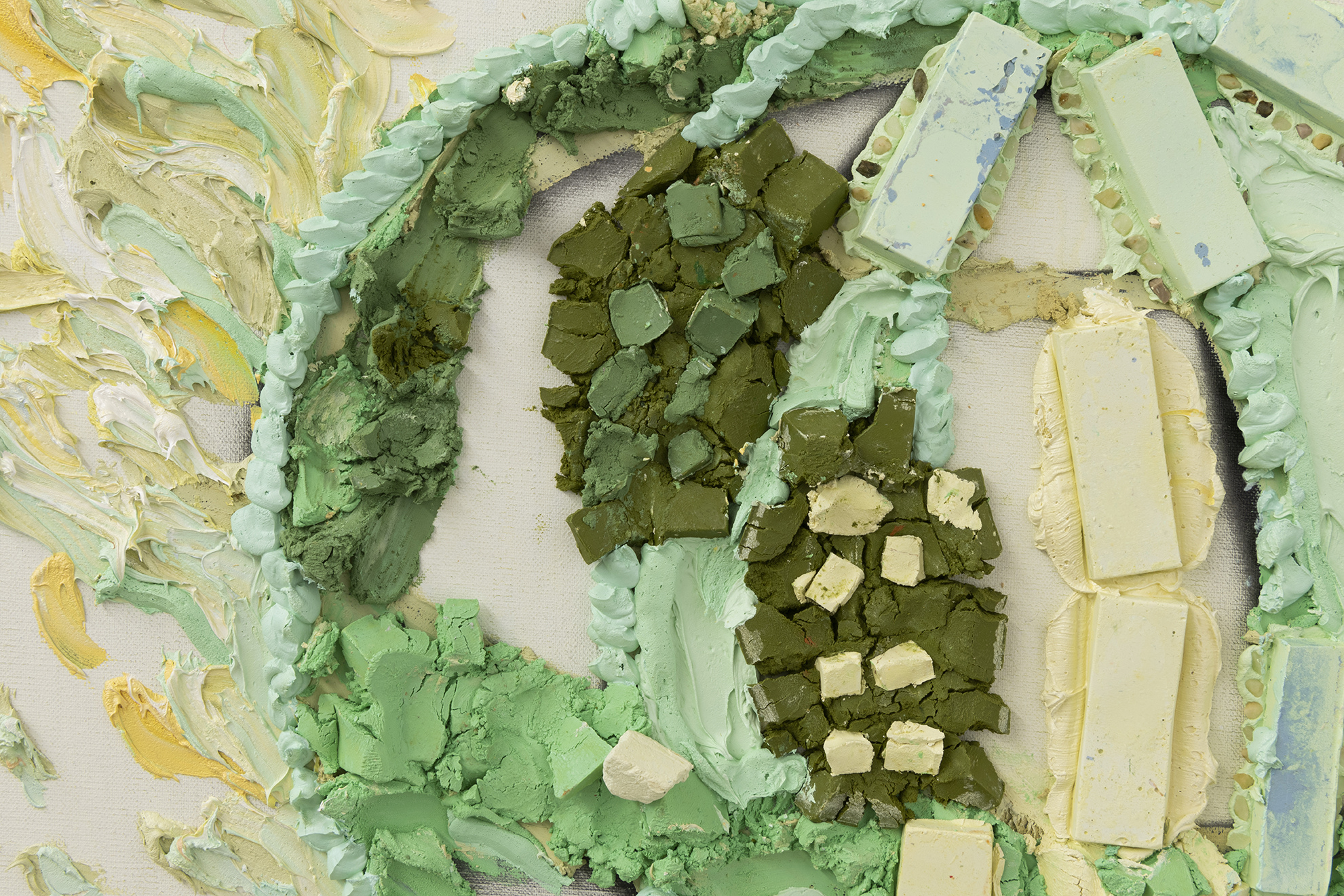 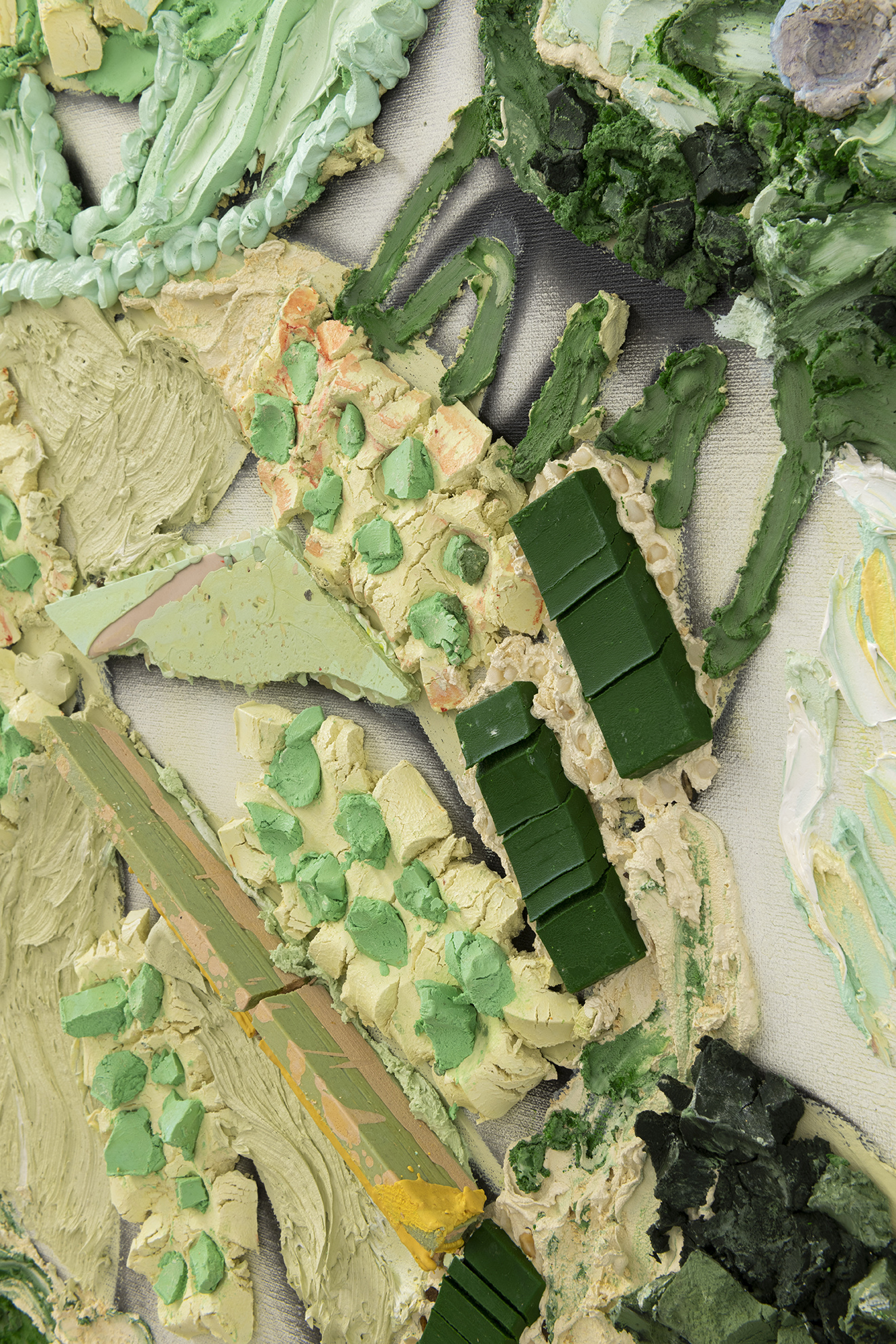 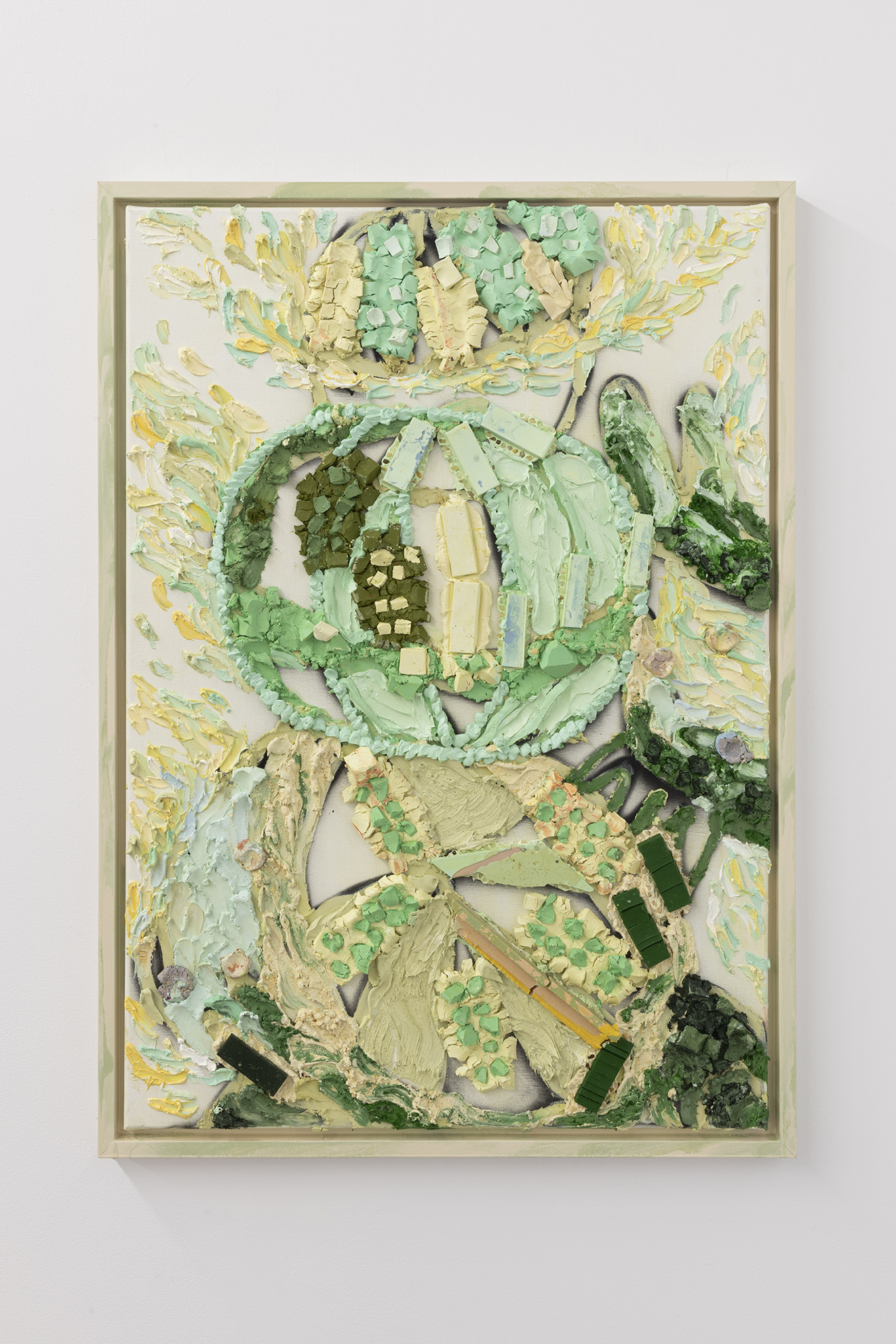 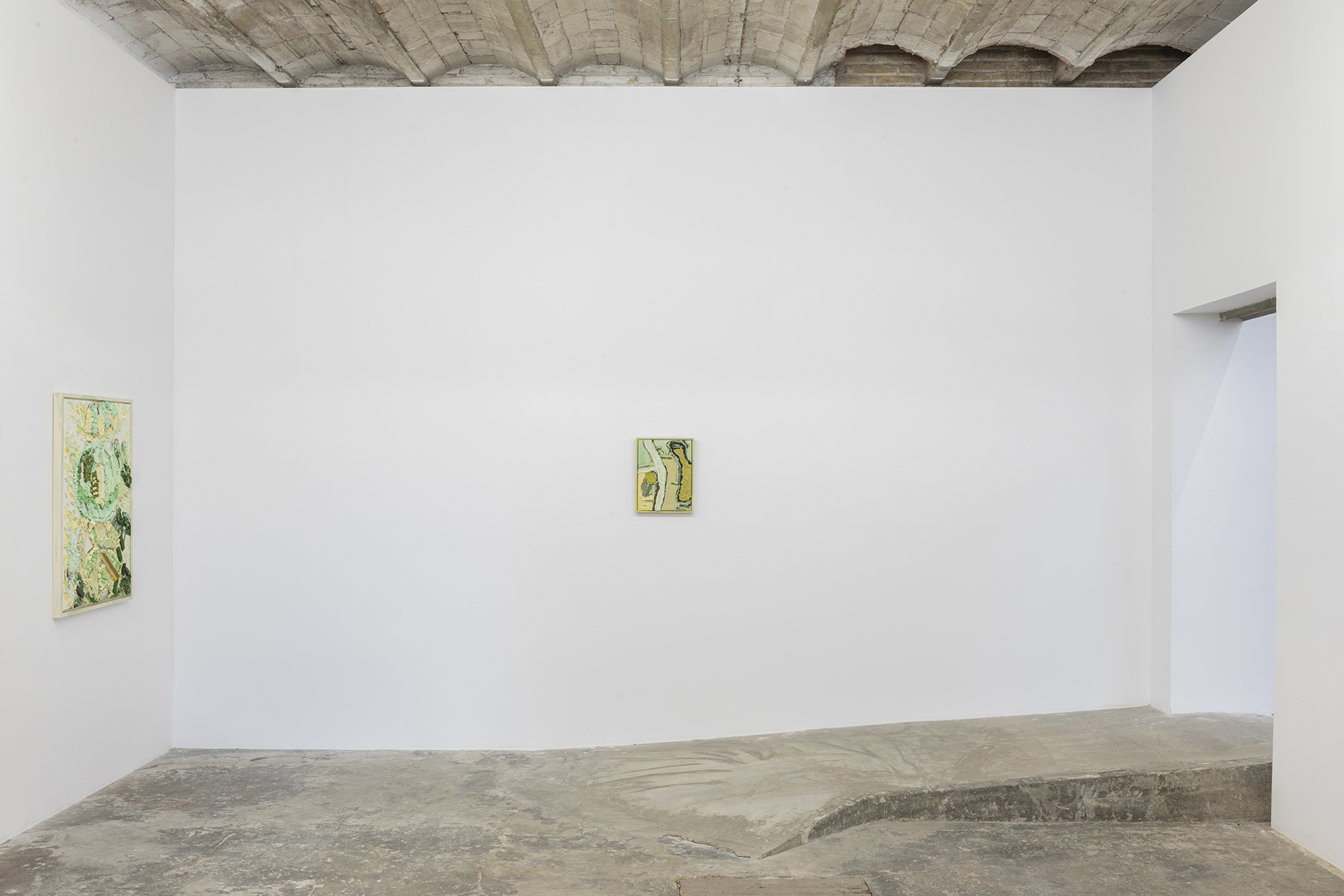 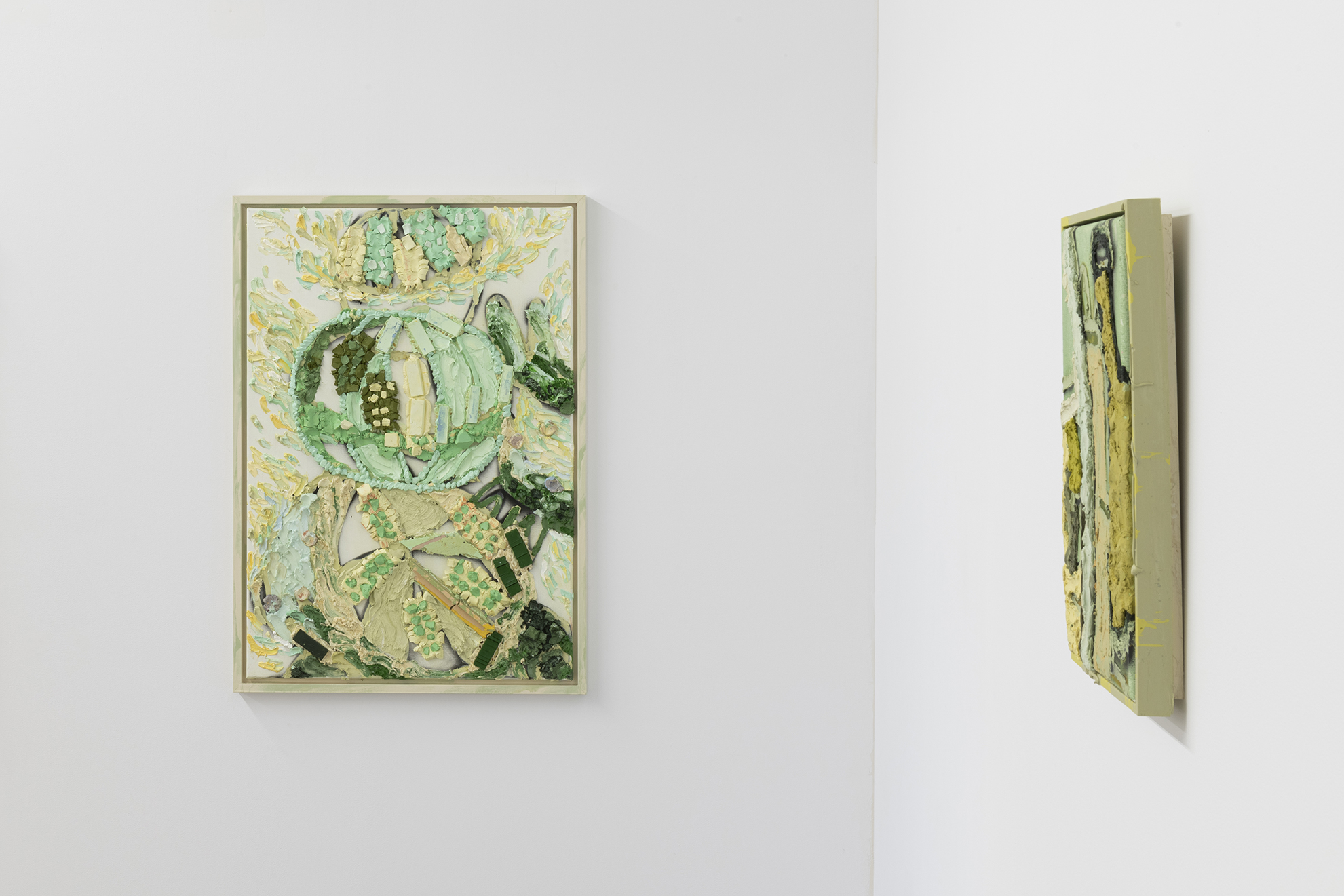 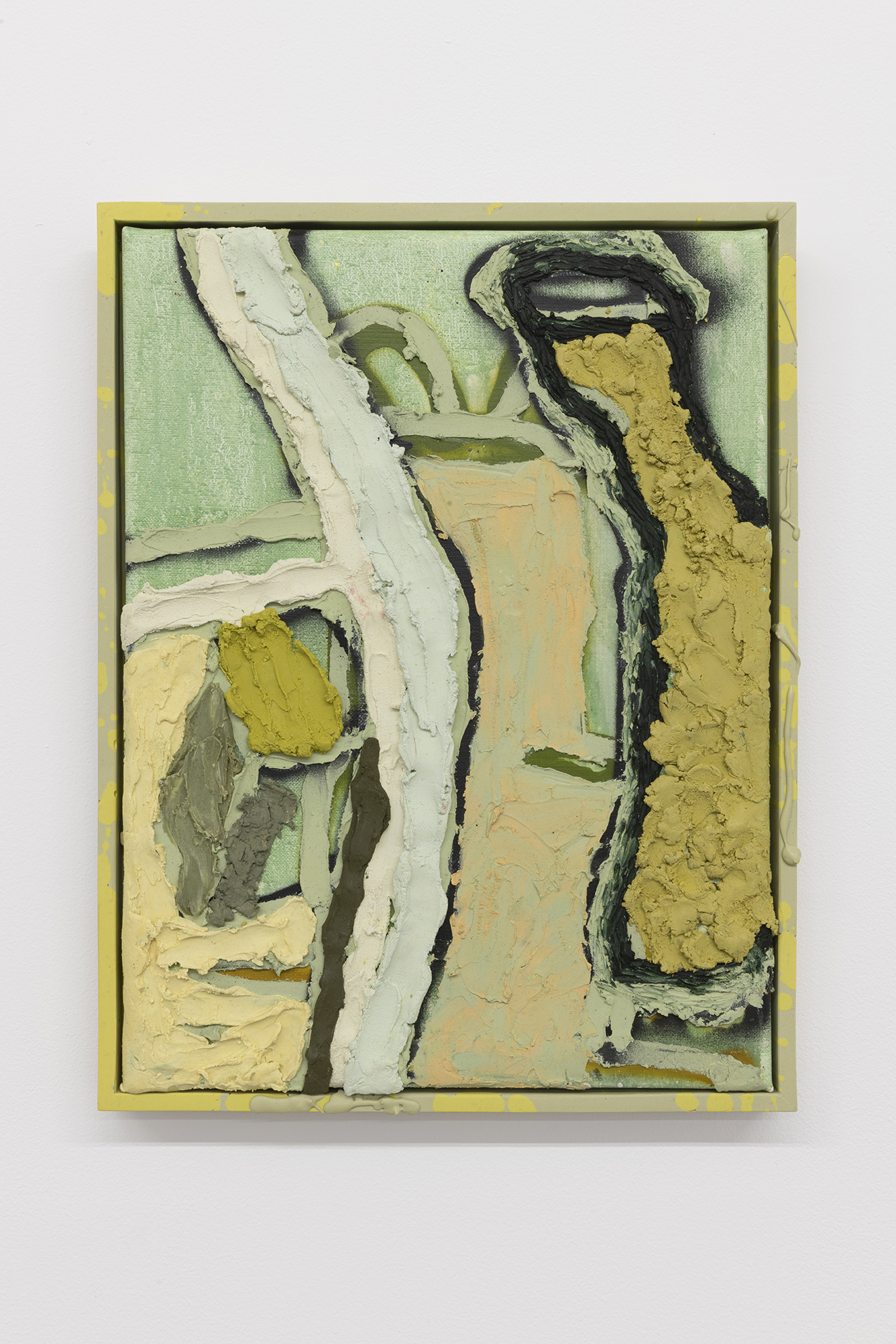 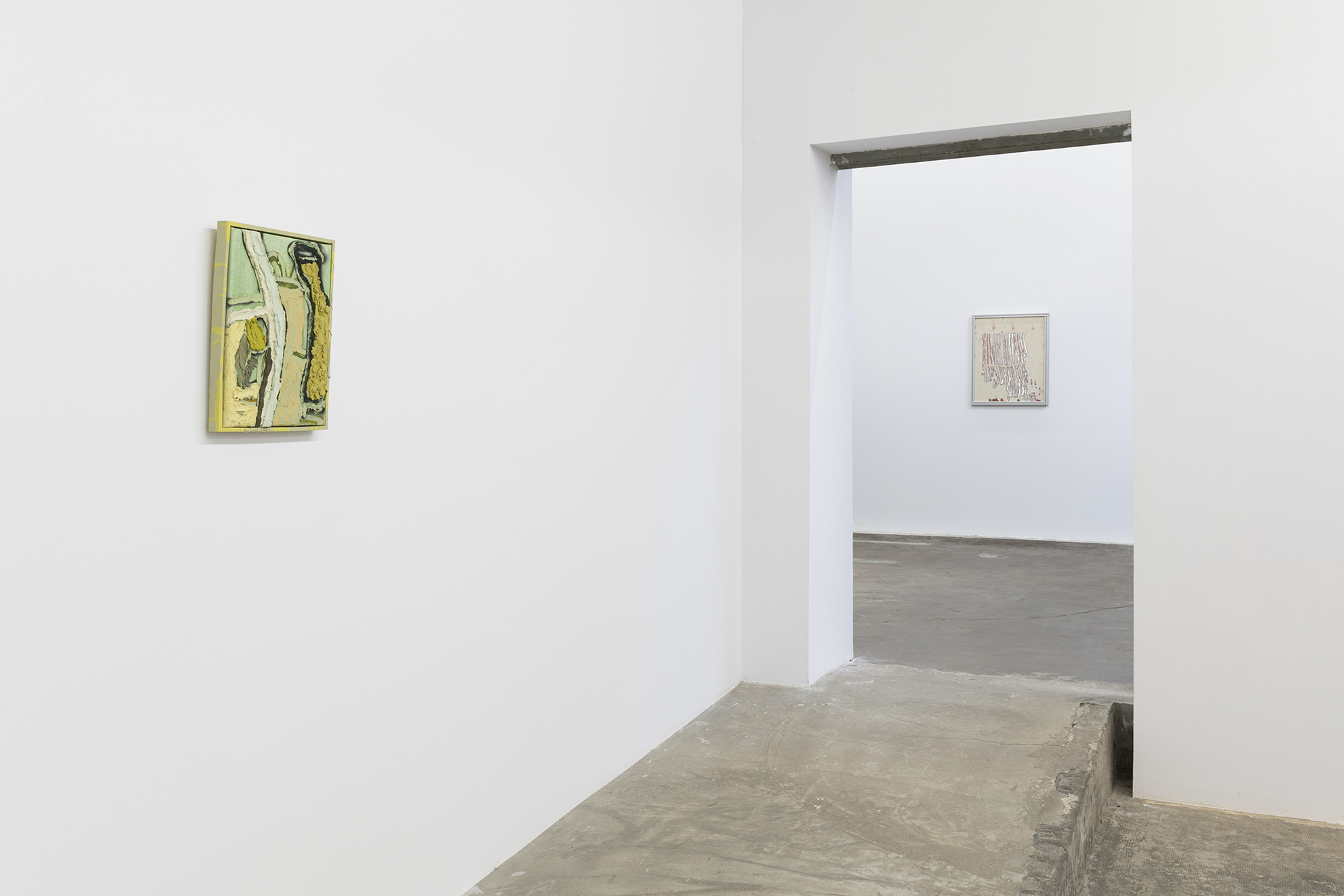 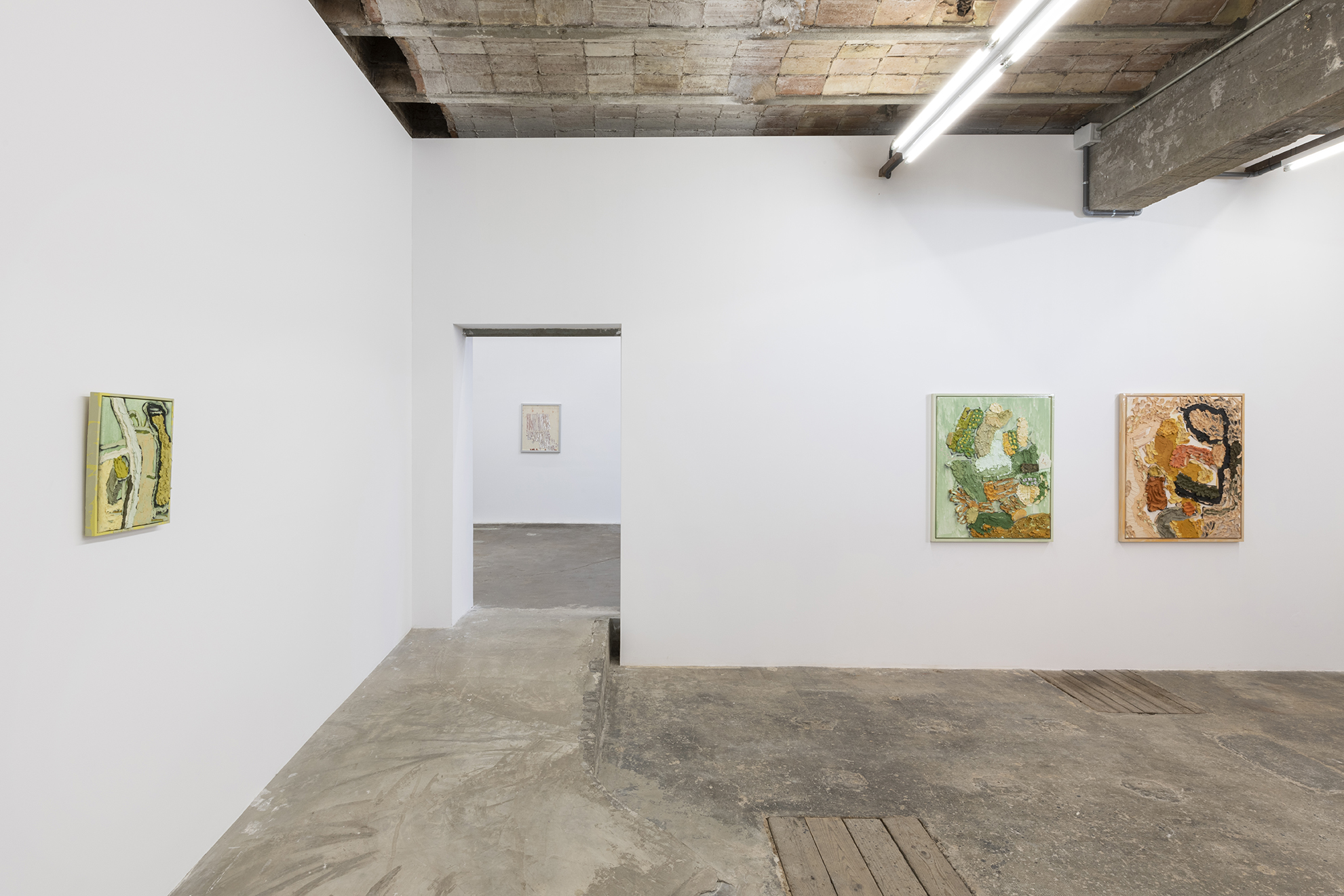 This exhibition spans over three years of research and painting (2021-2023), taking us on a voyage over the Aegean Sea; from the island of Evia, to the one of Milos, and passing through Tinos. Mankowski tells us the story of her journey, wandering and exploring these islands, in an attempt to examine the relationship between humans and the earth's resources.

Through her work, Mankowski proposes a different way to look at our soil; it suggests to us that there is a need for another way of treating our environment.

One of the central concerns in Mankowski's paintings is how do humans inhabit spaces, especially those at the intersection between nature and culture? What happens to such rustic islands when the all encompassing tourist industry engulfs their fragile micro-ecology? The current way we inhabit the earth suddenly appears bluntly unsustainable. Consequently, the challenge to seek new ways to live our everyday life, more in tune with our environment, arises.

As an architect and artist, her work revolves around the investigation of spaces and ecosystems. ‘Another Sun' is in fact also the story of the artist's experimentation with found materials such as wax, oil, pigments, marble, and clay. These materials (and the color palettes that she chooses for each artwork) are then used to create pastels and paintings directly inspired by those peculiar landscapes from which the materials were collected.

While her compositions may seem abstract to the viewers, they are somewhat reminiscent of blueprints and ground maps widely used in architectural design and urban planning. In fact, her paintings are also loosely inspired by the ground maps of the quarries she visited during her journey, and from which she collected some of the used materials. Mankowski takes a keen interest in sites such as stone quarries, from which architects and builders collect their raw materials.

These special sites rest midway between nature and the built environment. Quarries are transitional sites in which natural resources are excavated and turned into raw commodities (to be then used in buildings, but also cell phones, computers, and other modern technologies). Here, too, we find humans interacting with natural resources, with the sole purpose of commodifying them, with seemingly no regard to the destruction they bring forward or the damaging results they cause.

In this sense ‘Another Sun' is an ode to the earth. It is a vision of the Earth as ‘this other sun': the Earth becomes an immense ‘energy ball' of resources. The critique is clearly directed at the way humans tend to overuse and misuse it and its resources. Mankowski wants to draw our attention to these spaces with inherent particularities and forgotten potential, evoking the power of the elements that enrich them.

Defying the boundaries between different artistic disciplines, Mankowski's work is characterized by an exuberant use of impasto. The way she employs this technique allows her to create textural and spatial structures that almost seems to move her paintings into the realm of sculpture. By radically liberating her praxis from conventional and classic tools, Natacha is able to return the spaces she involved in her work to their very own purest essence, blurring the line between real and artificial space, between the representation of space and its perceived reality.