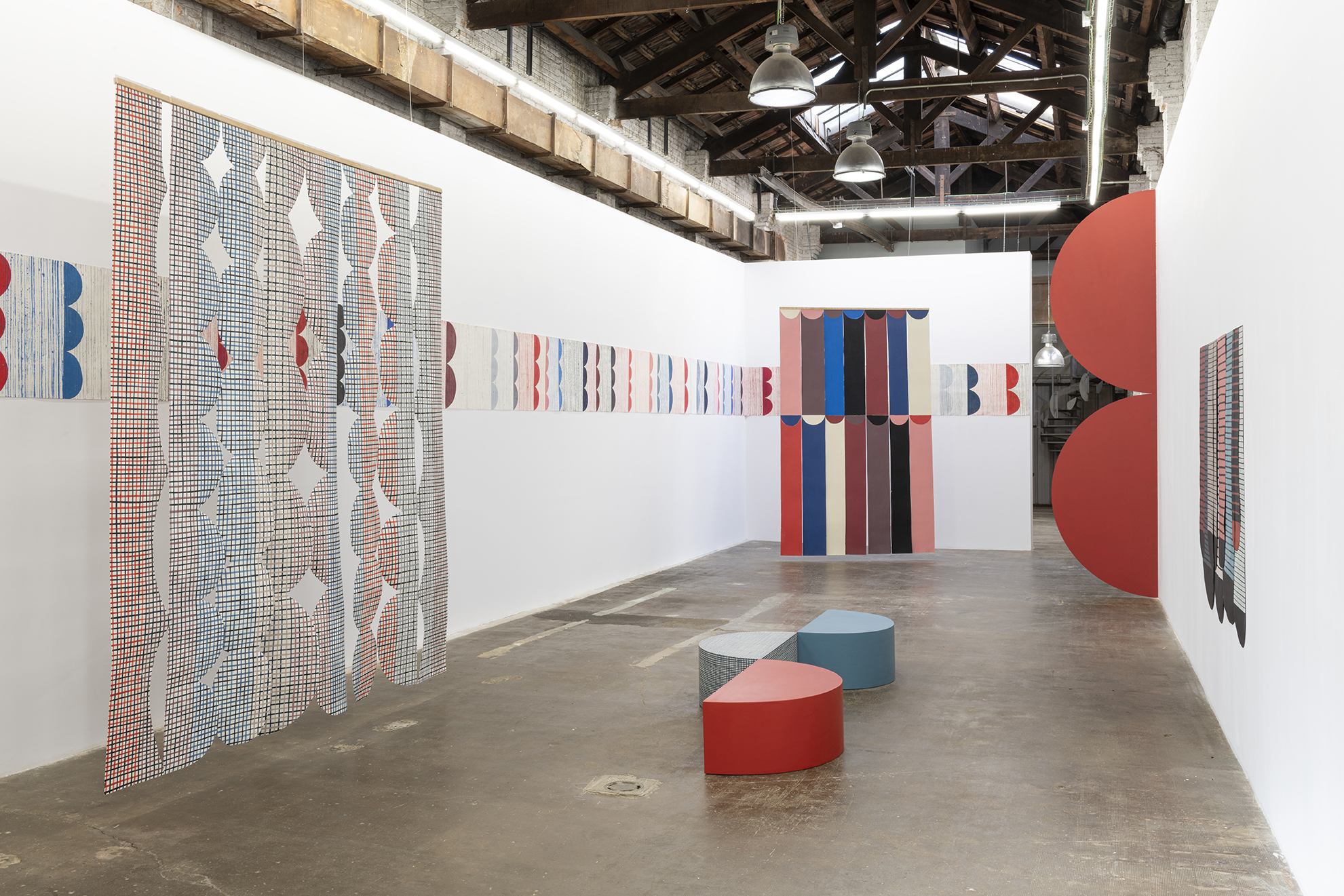 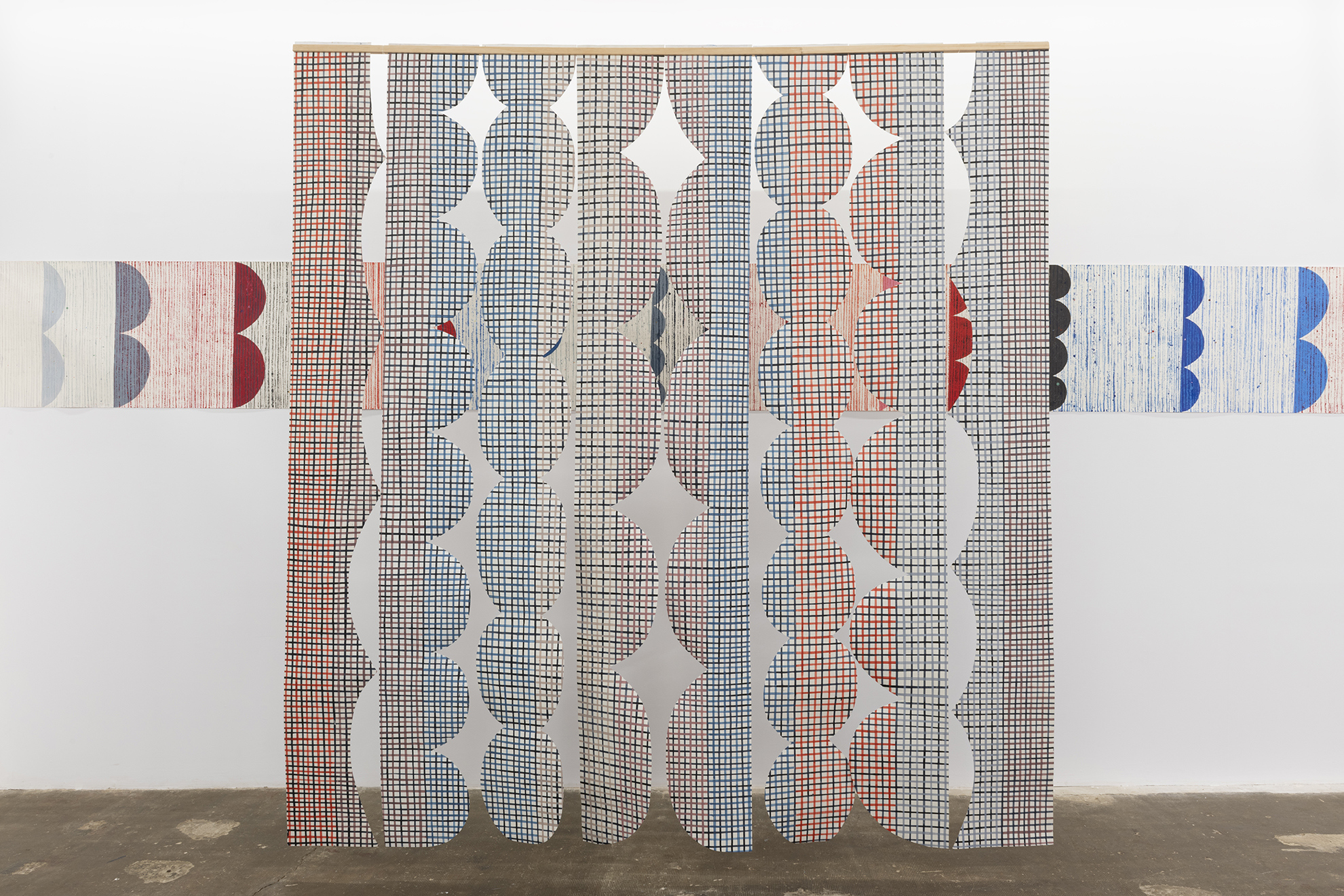 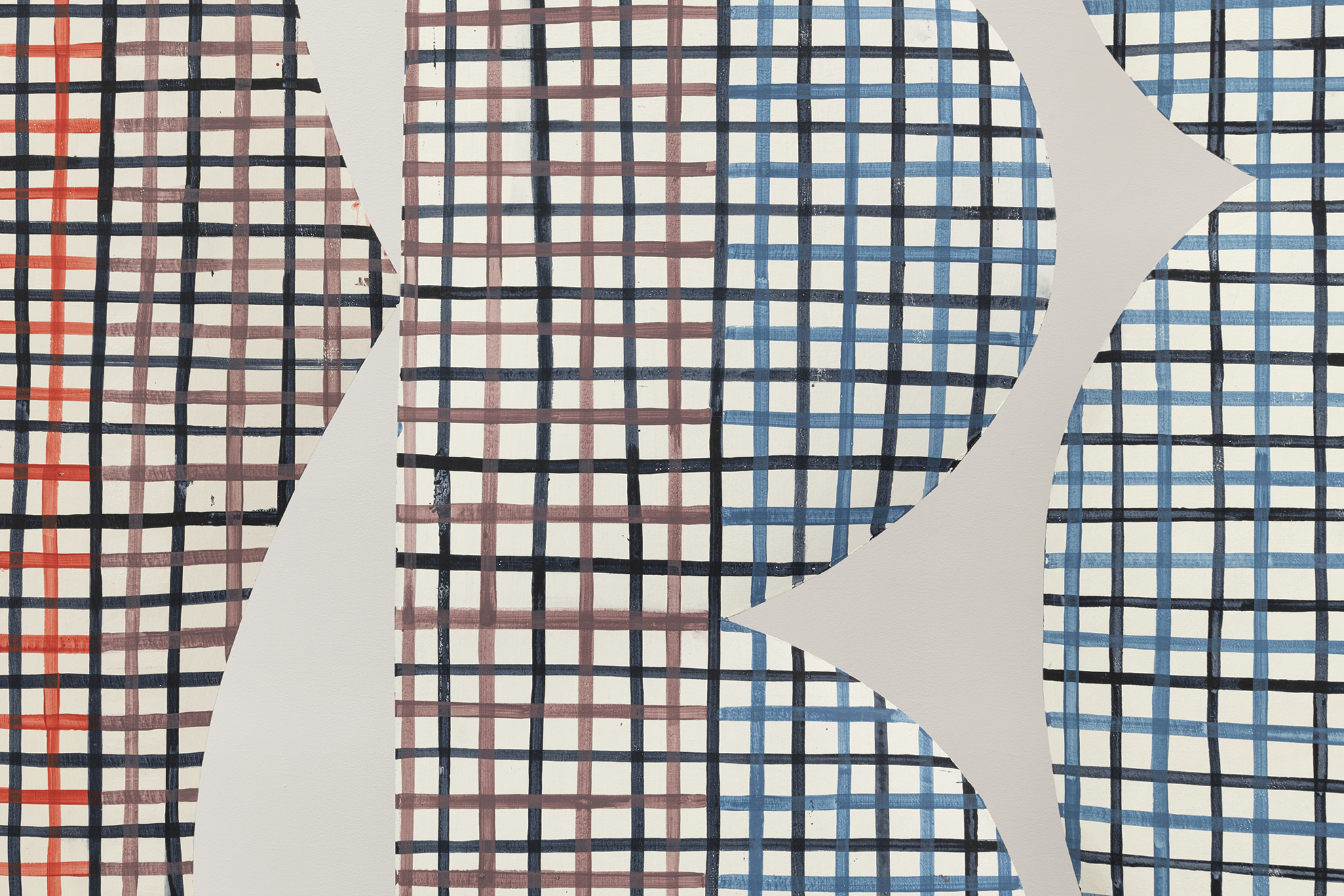 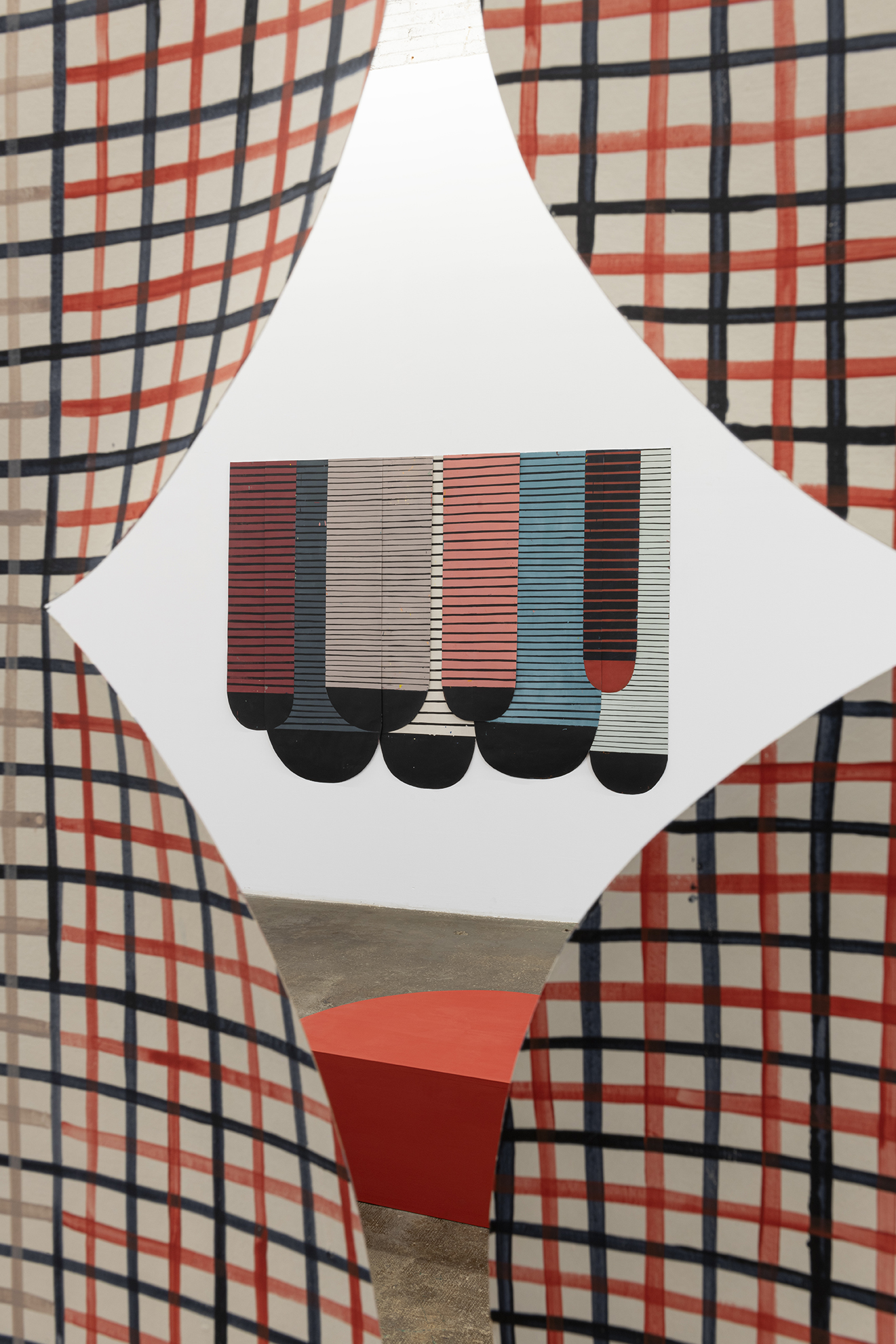 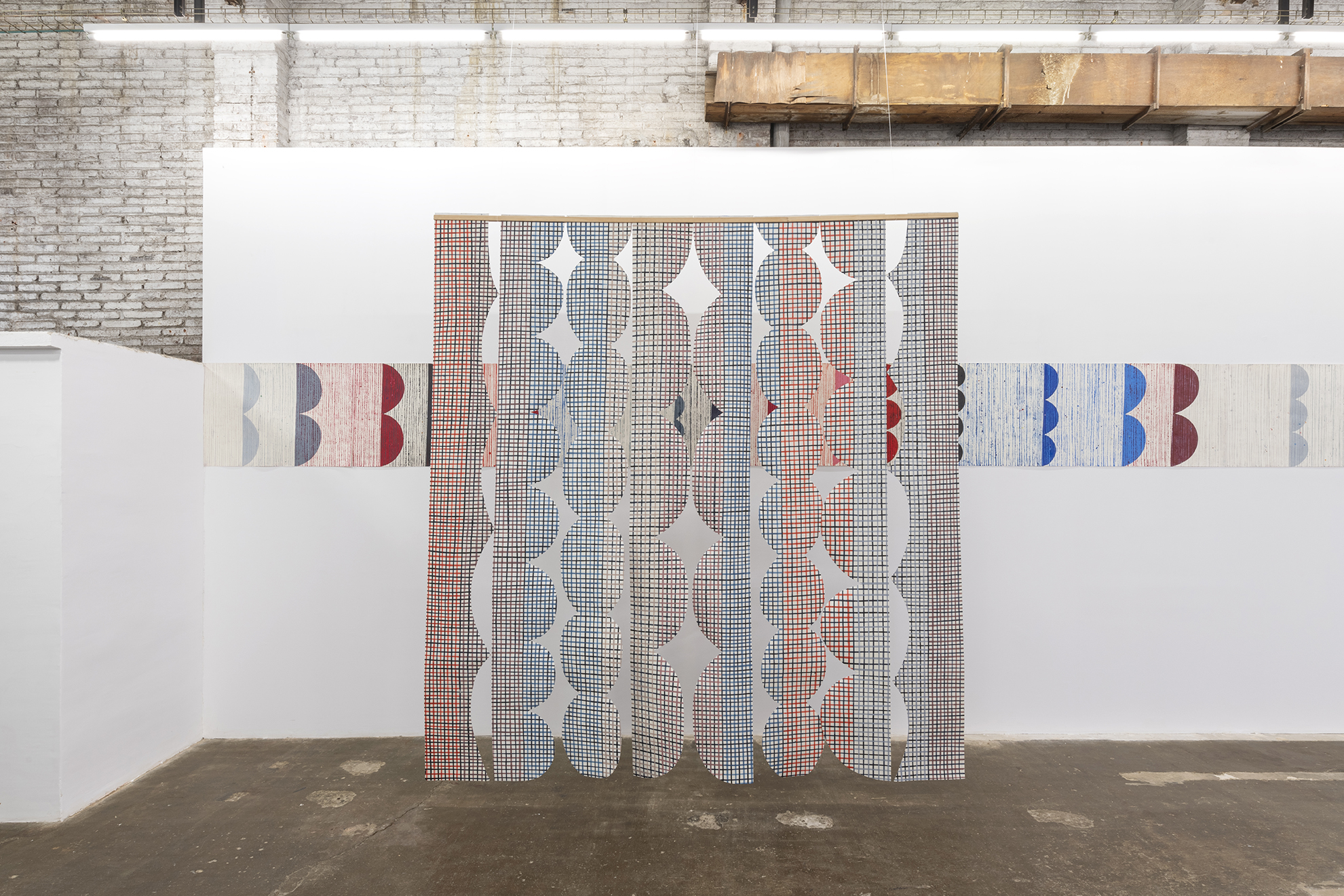 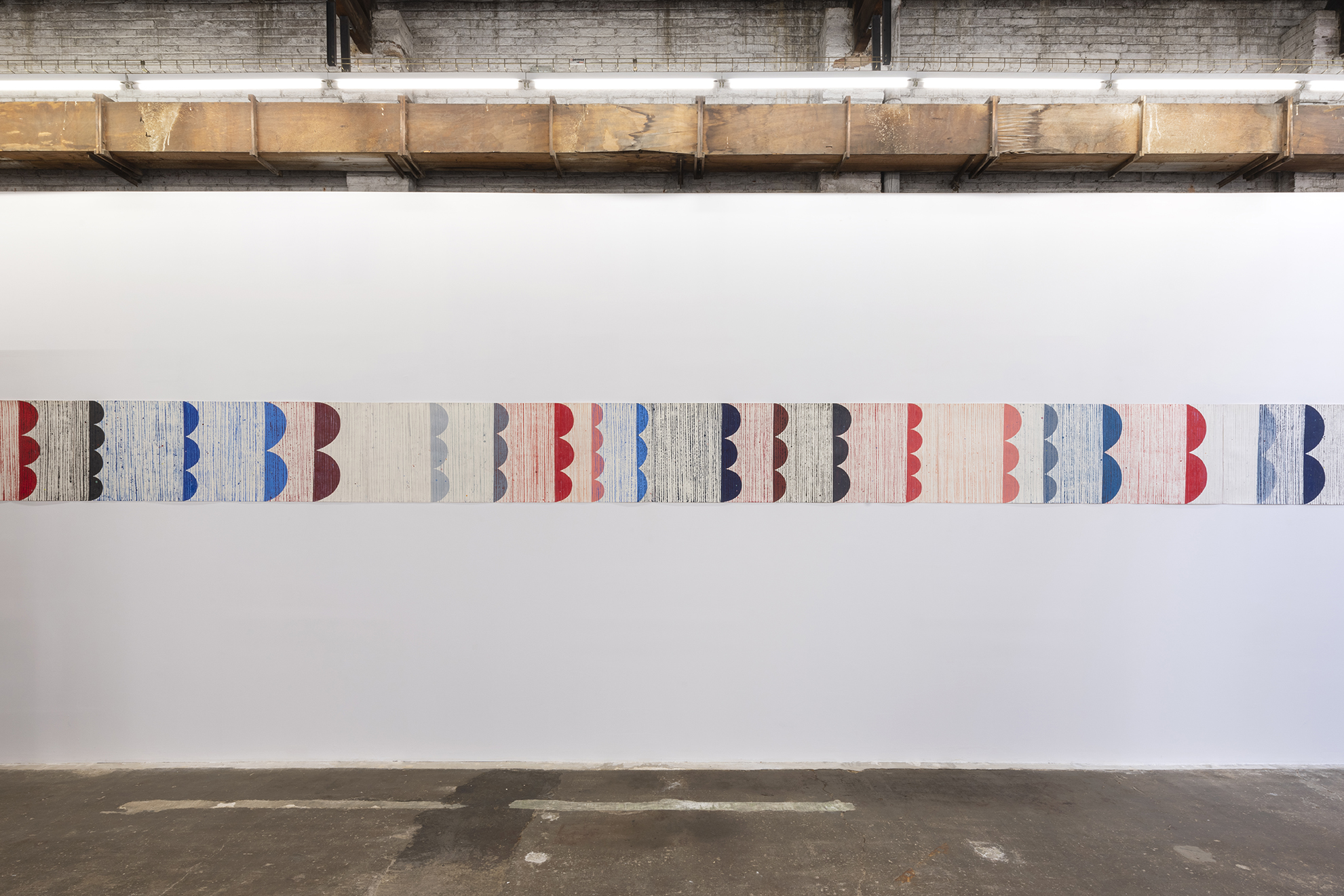 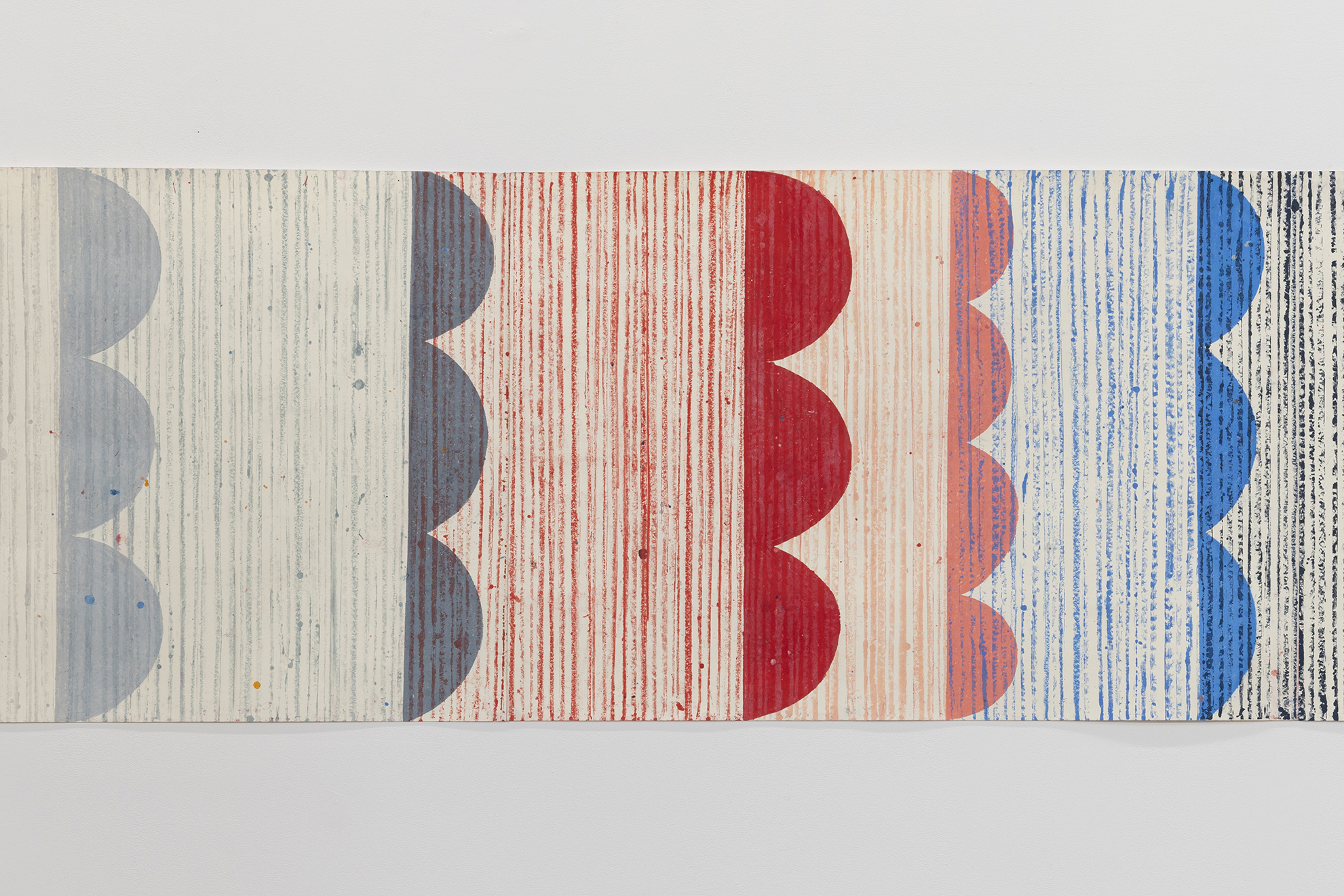 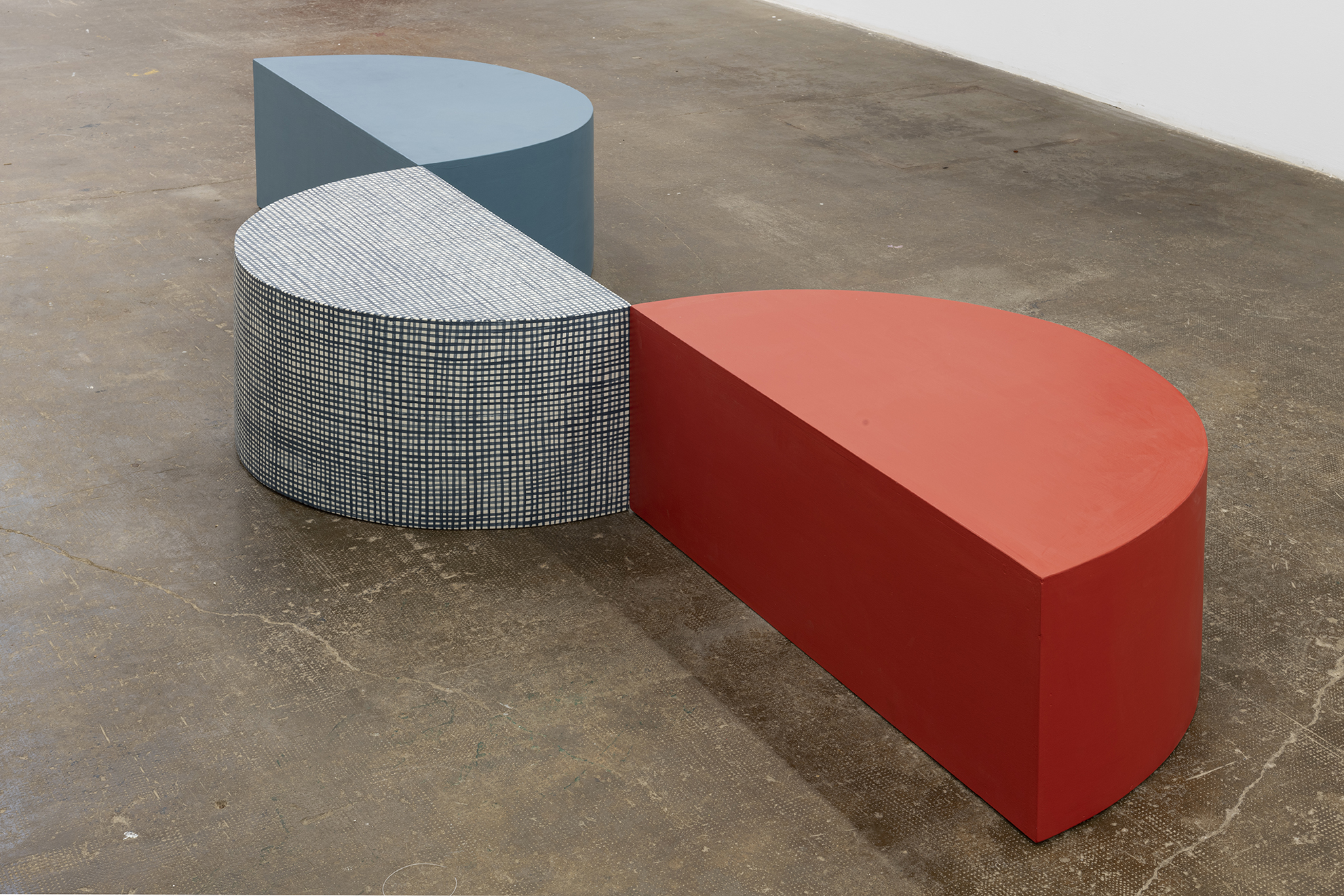 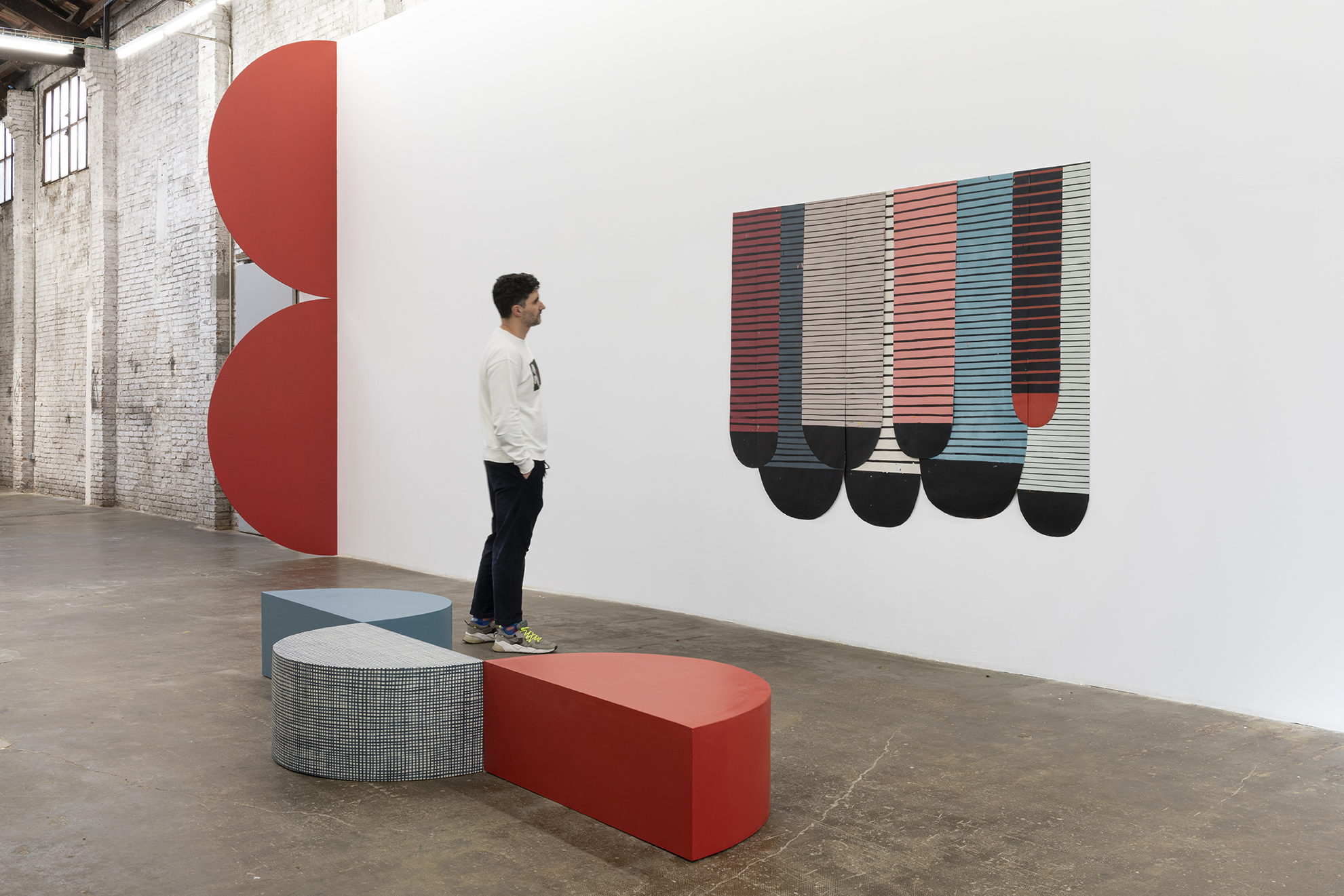 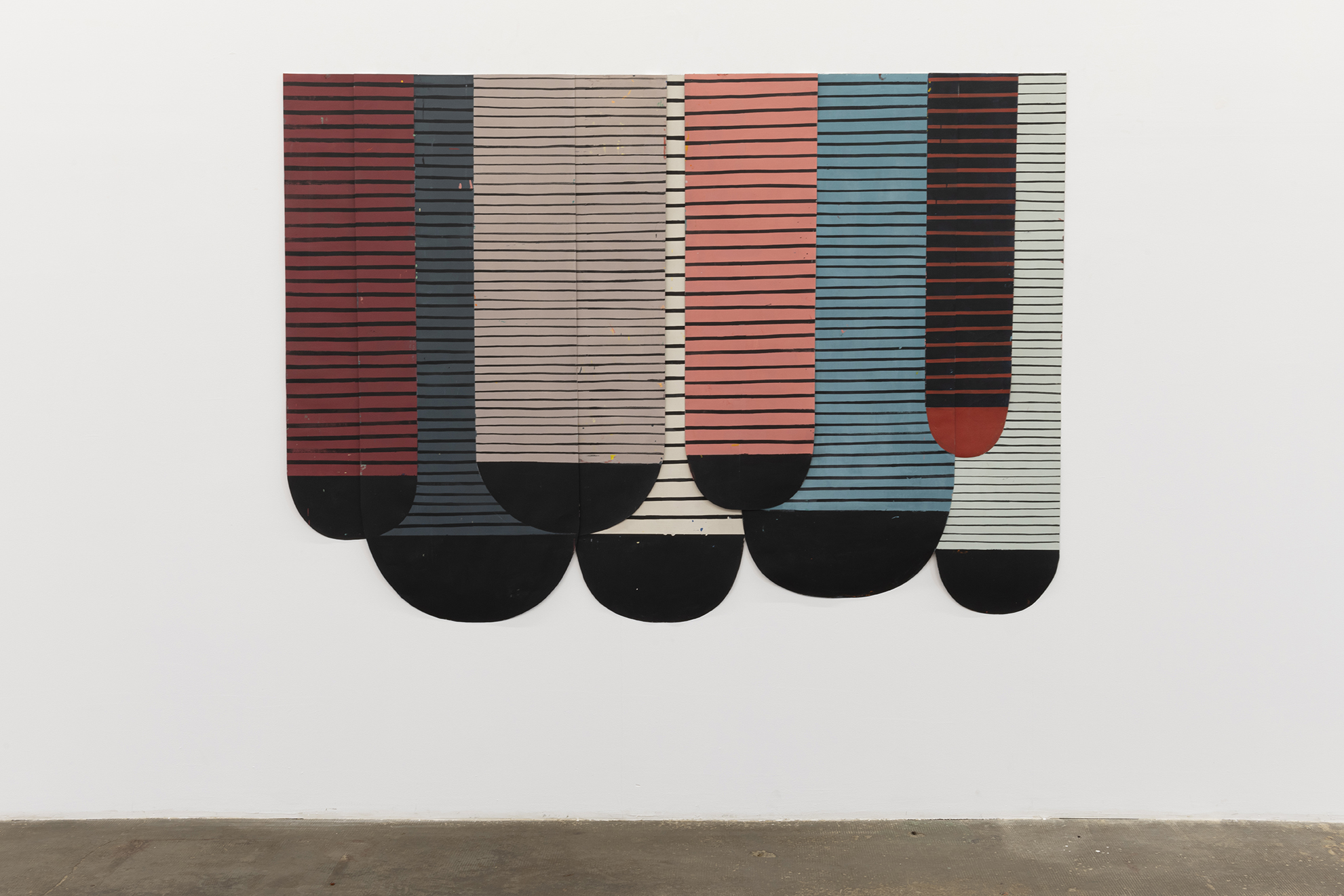 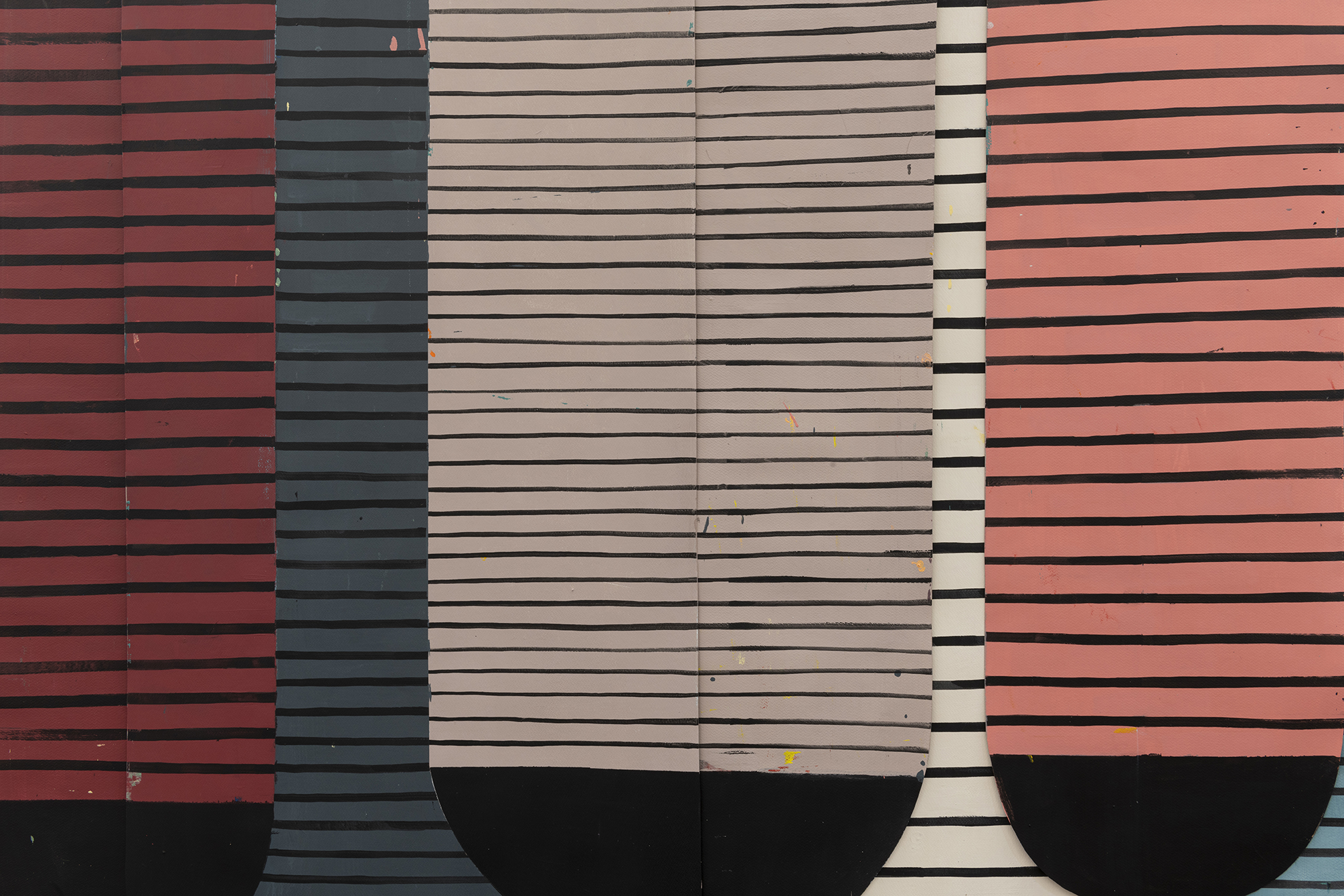 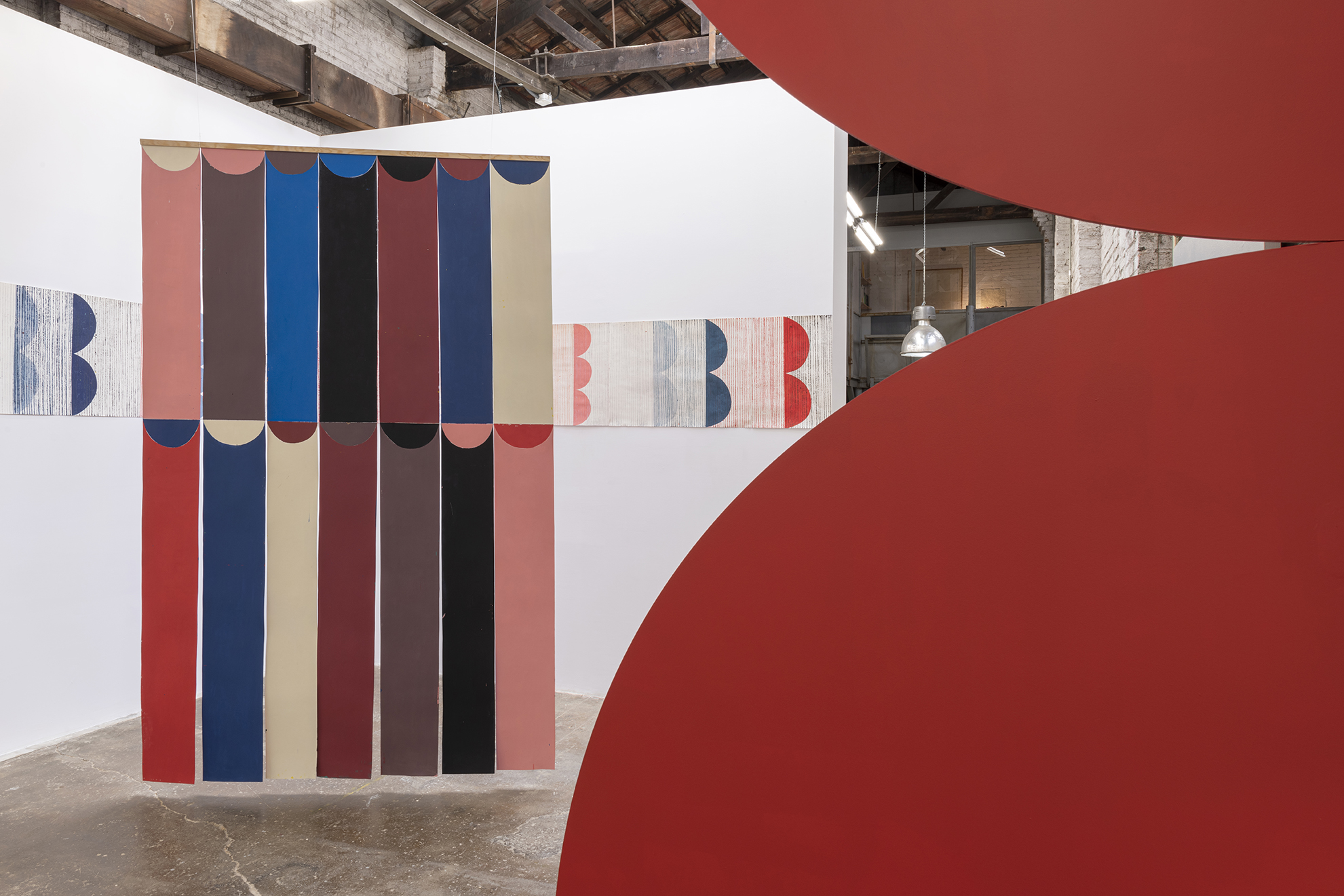 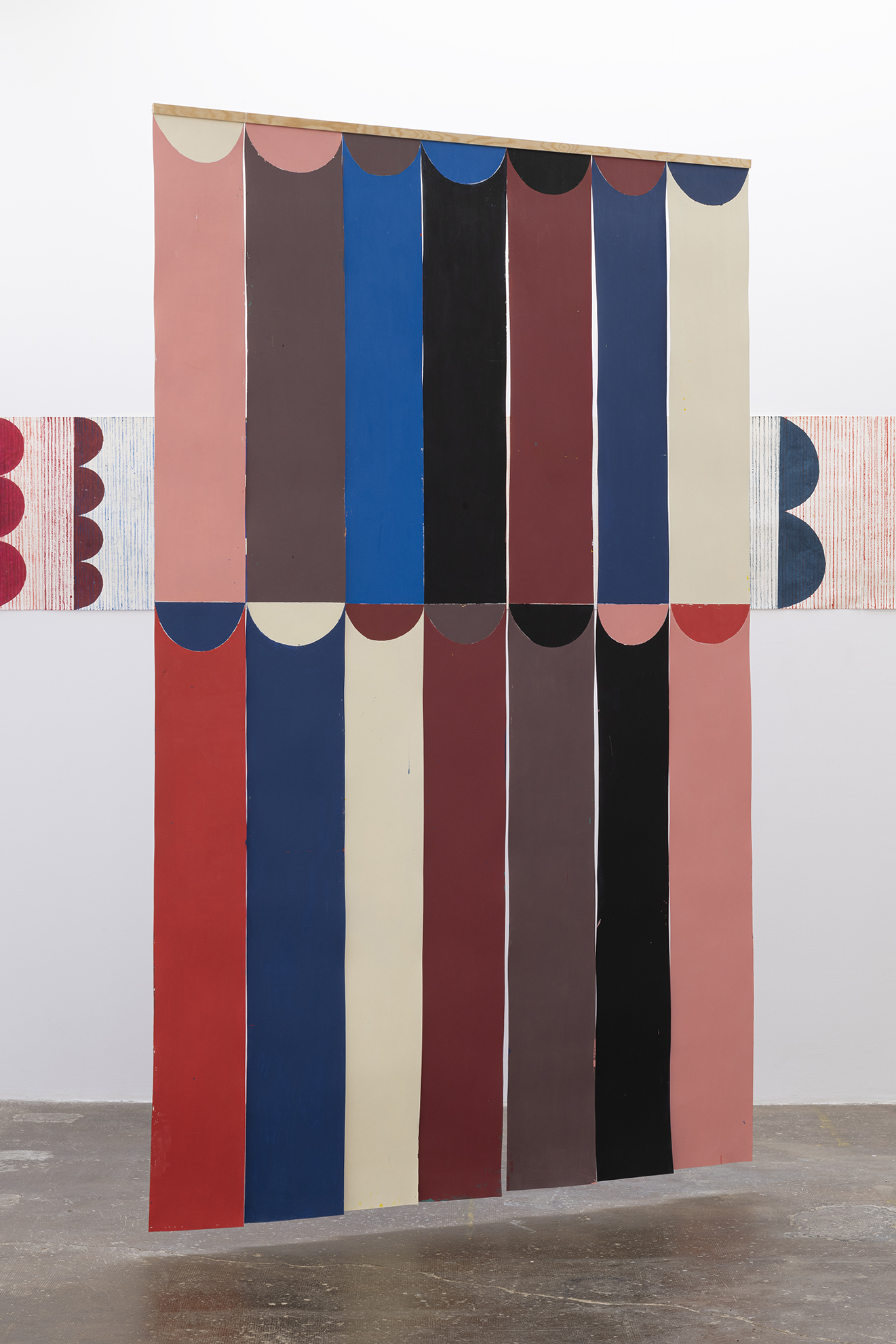 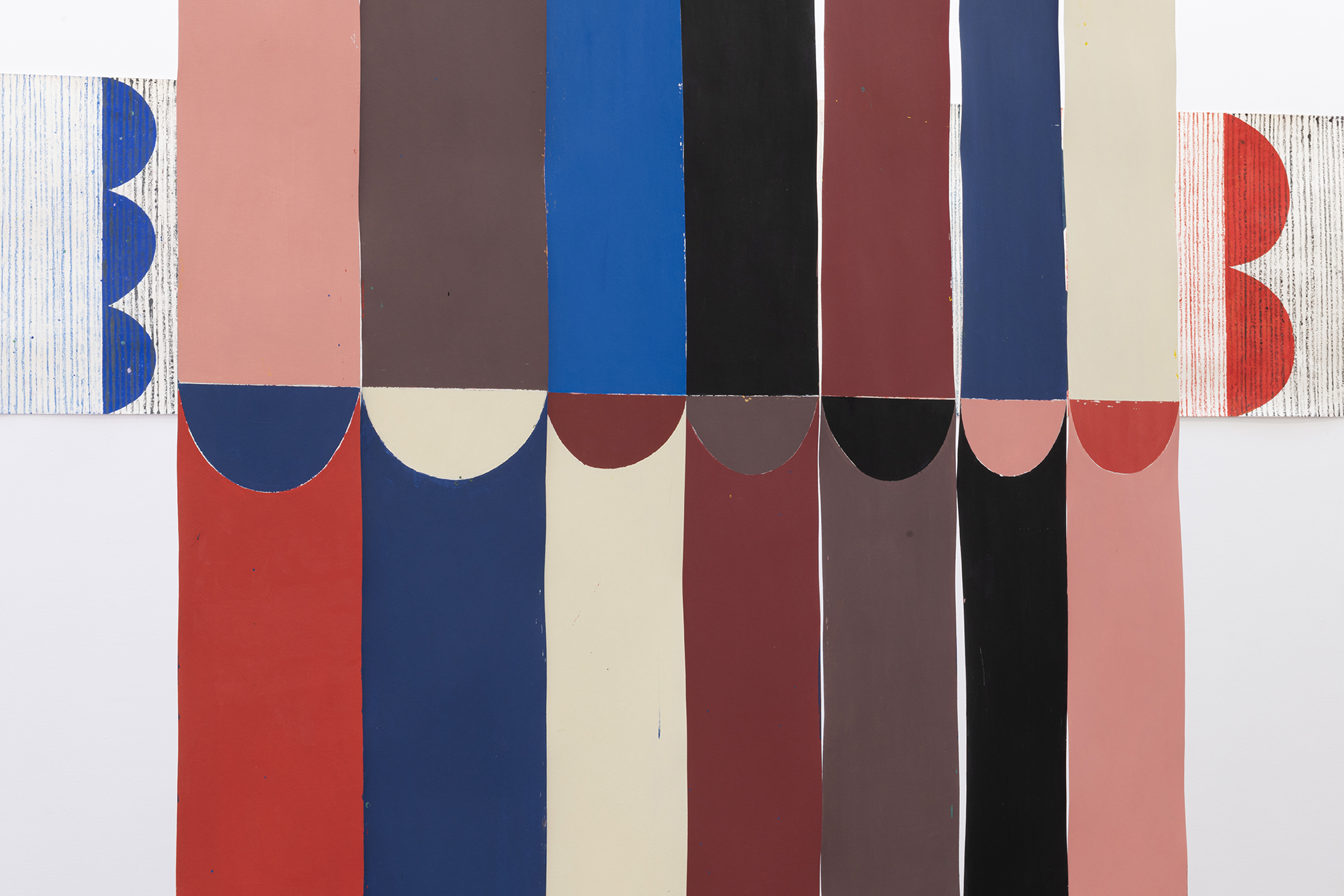 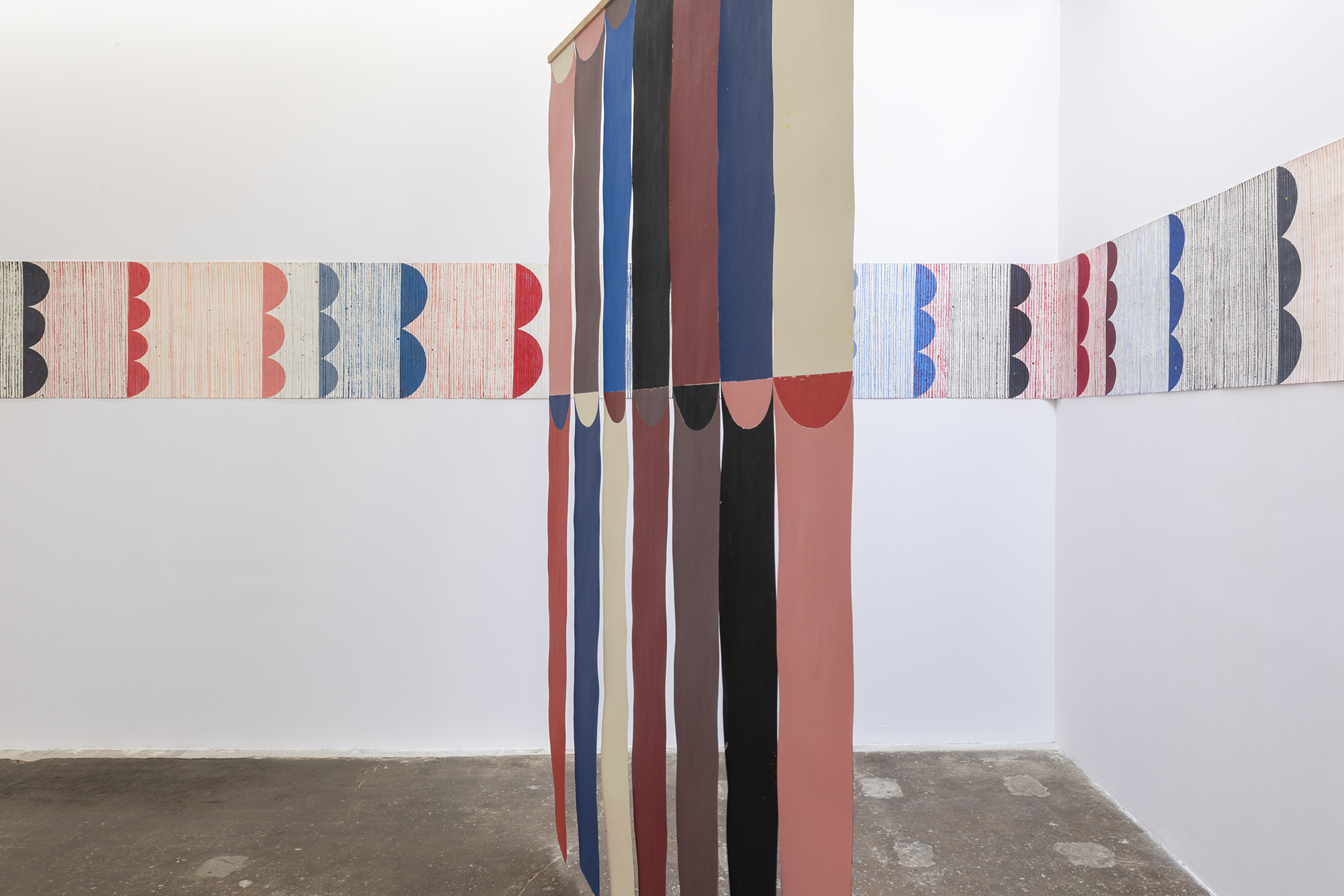 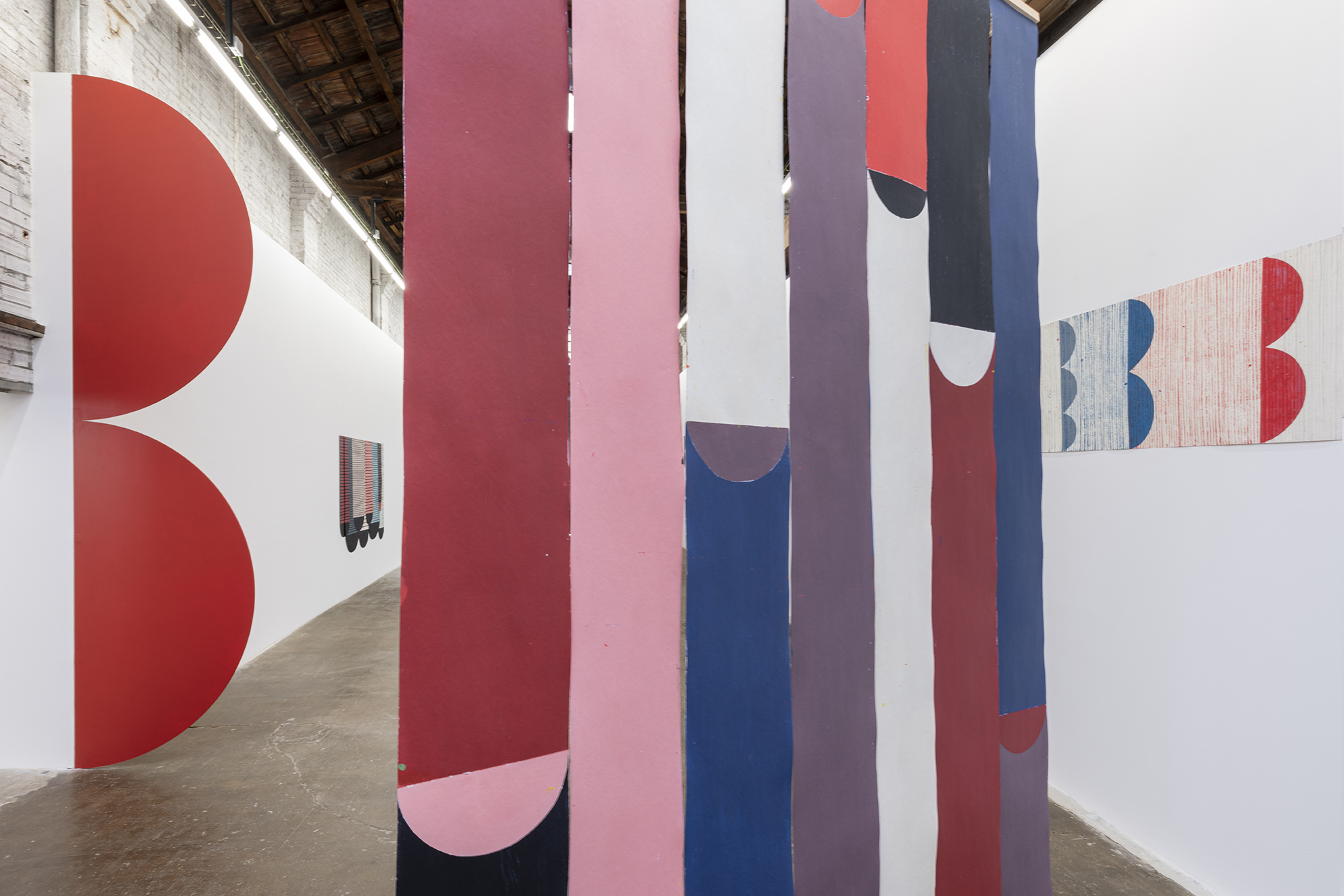 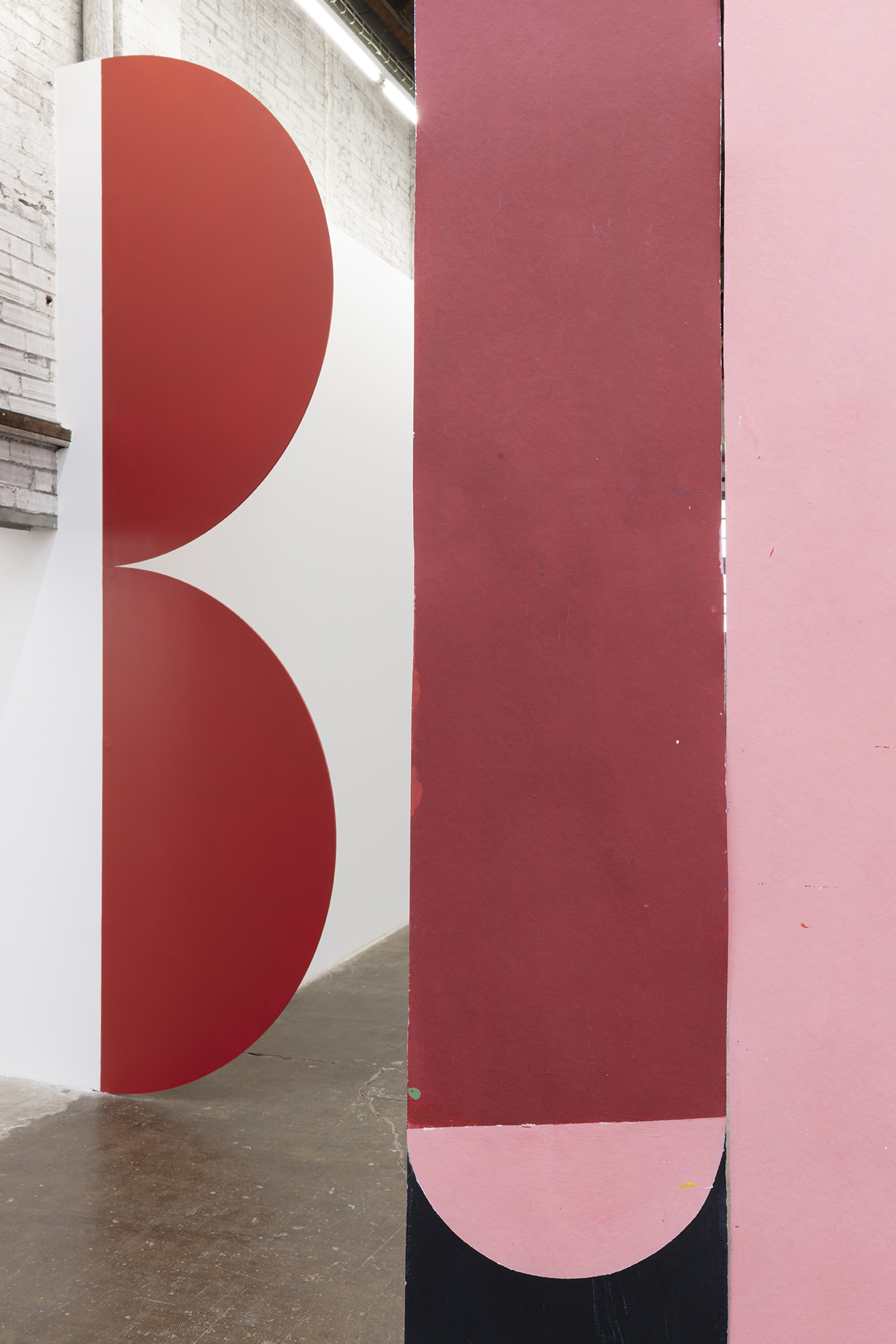 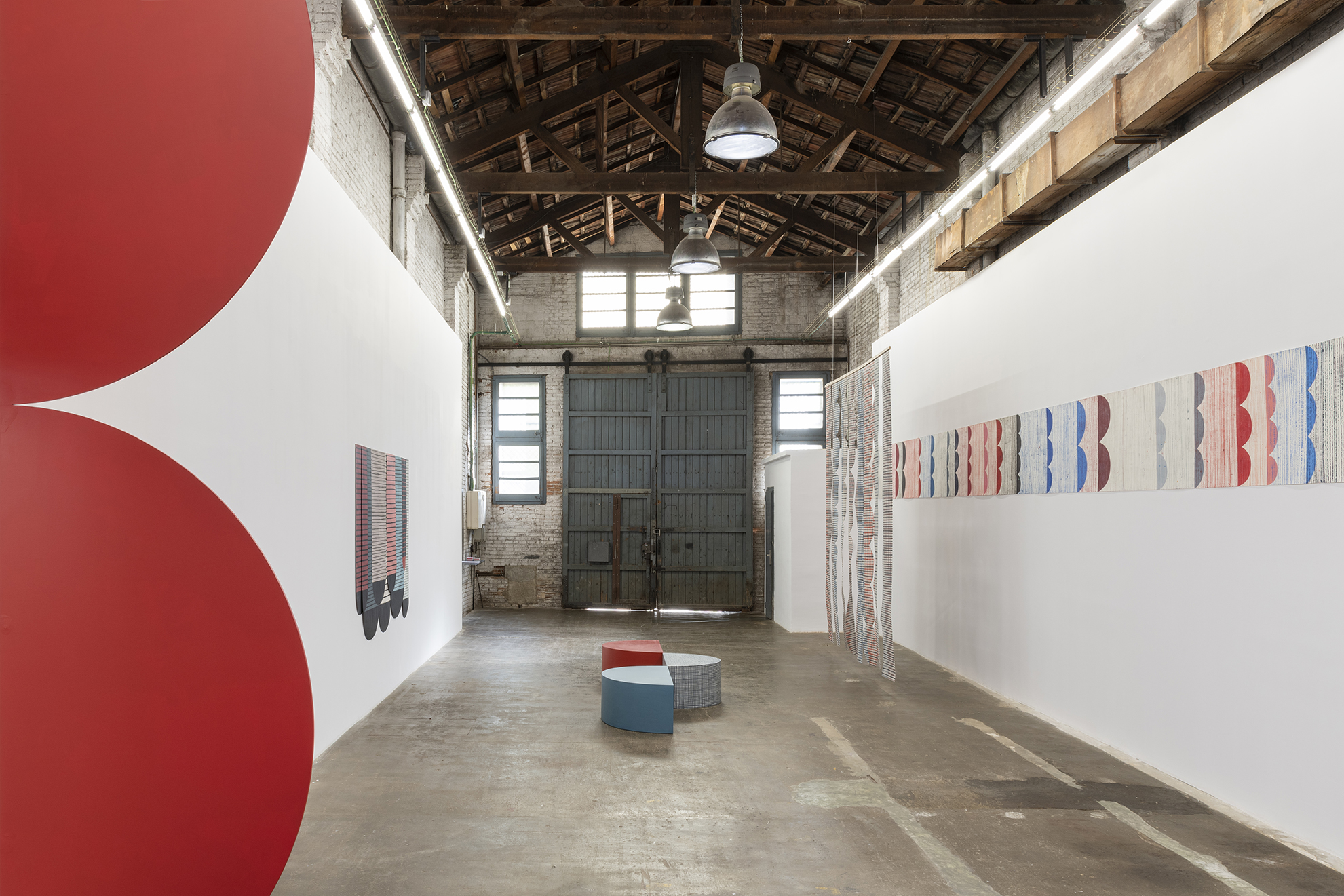 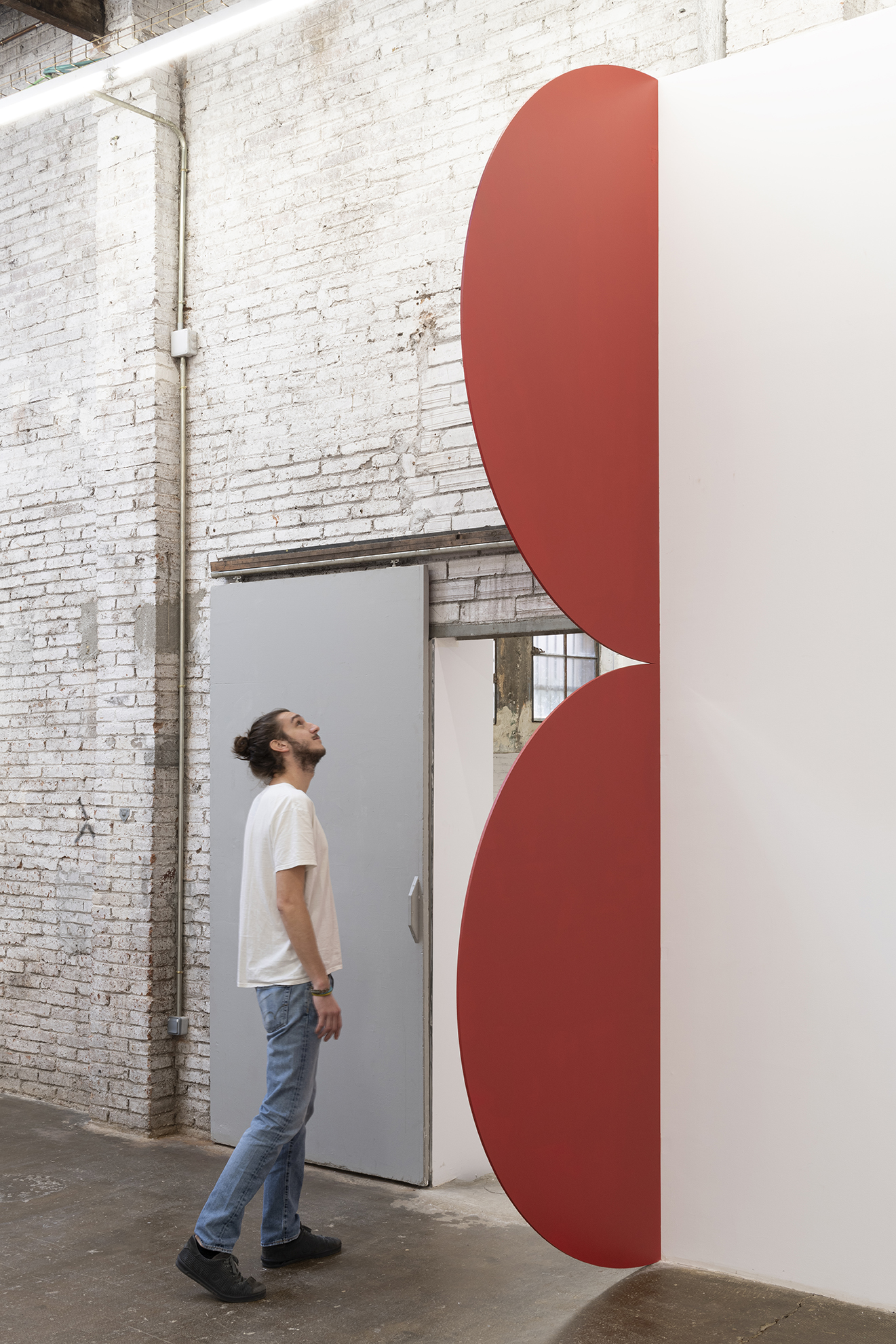 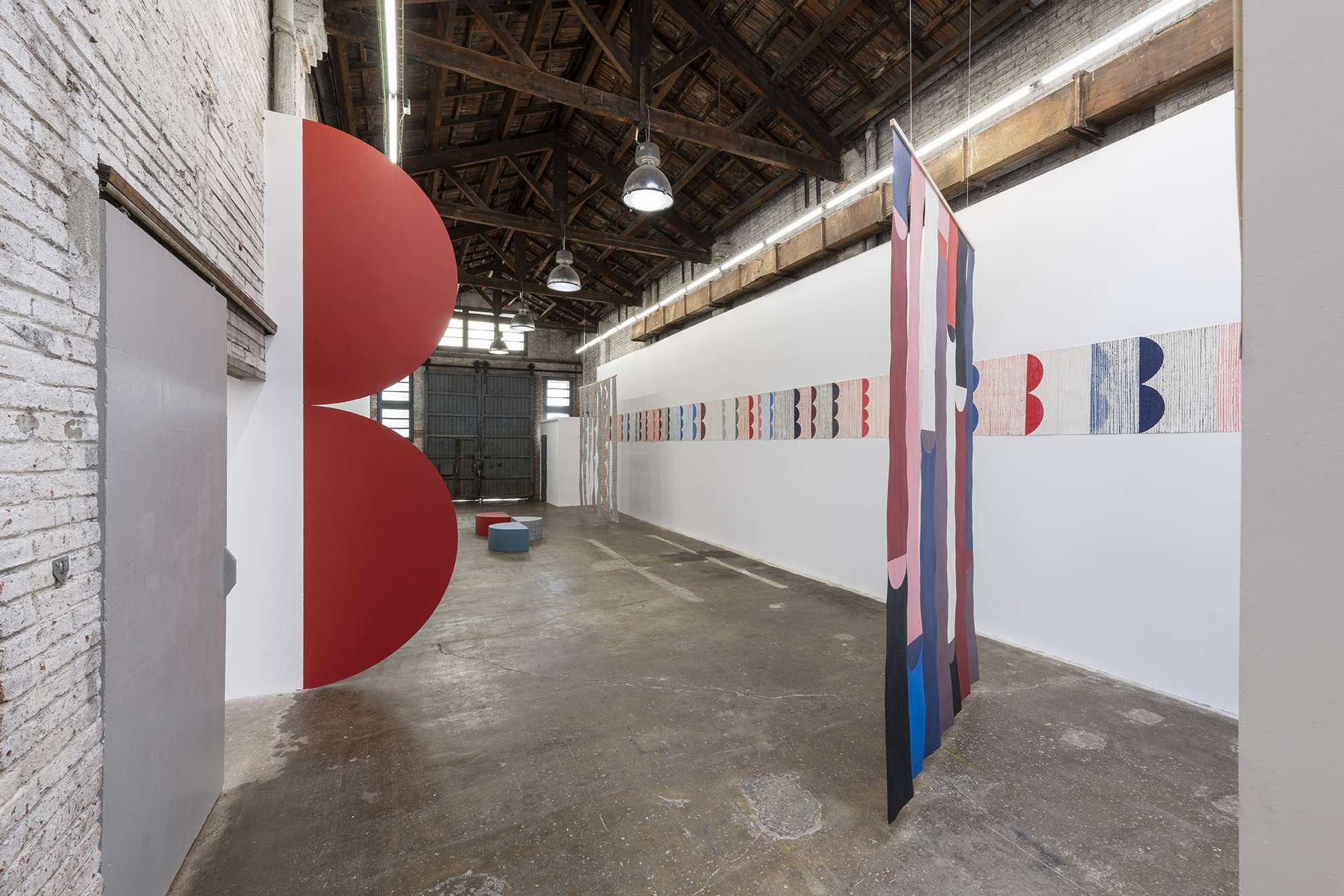 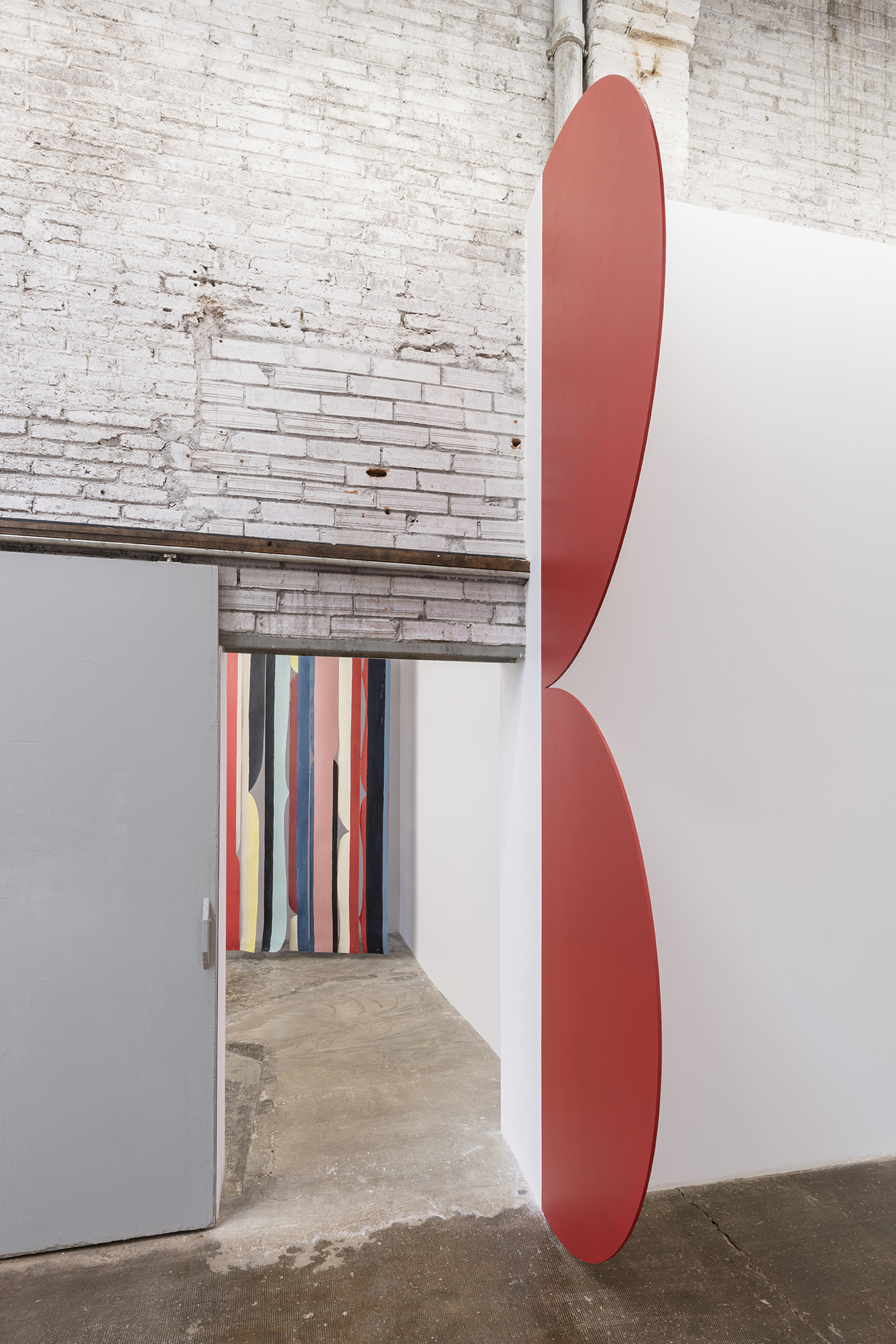 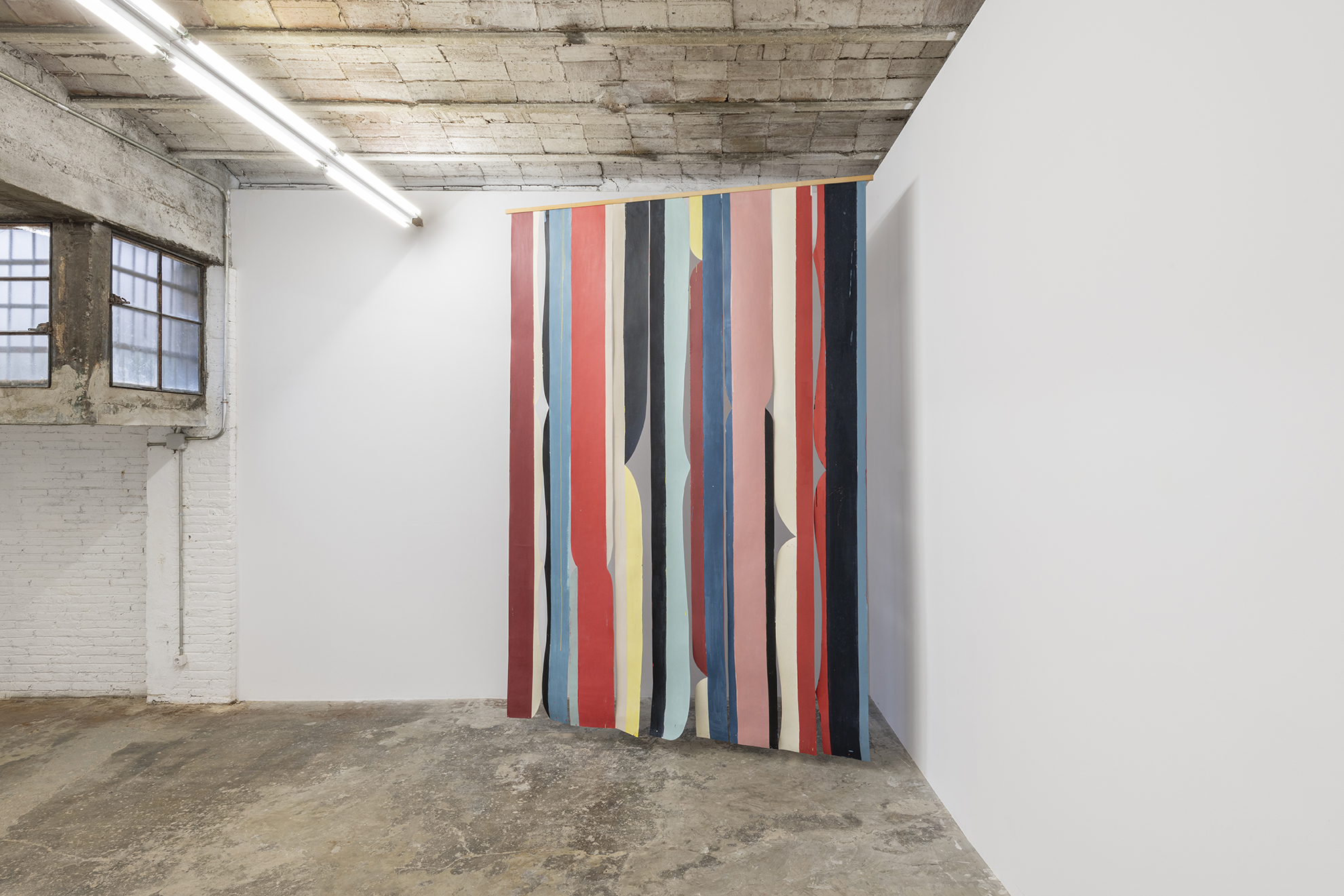 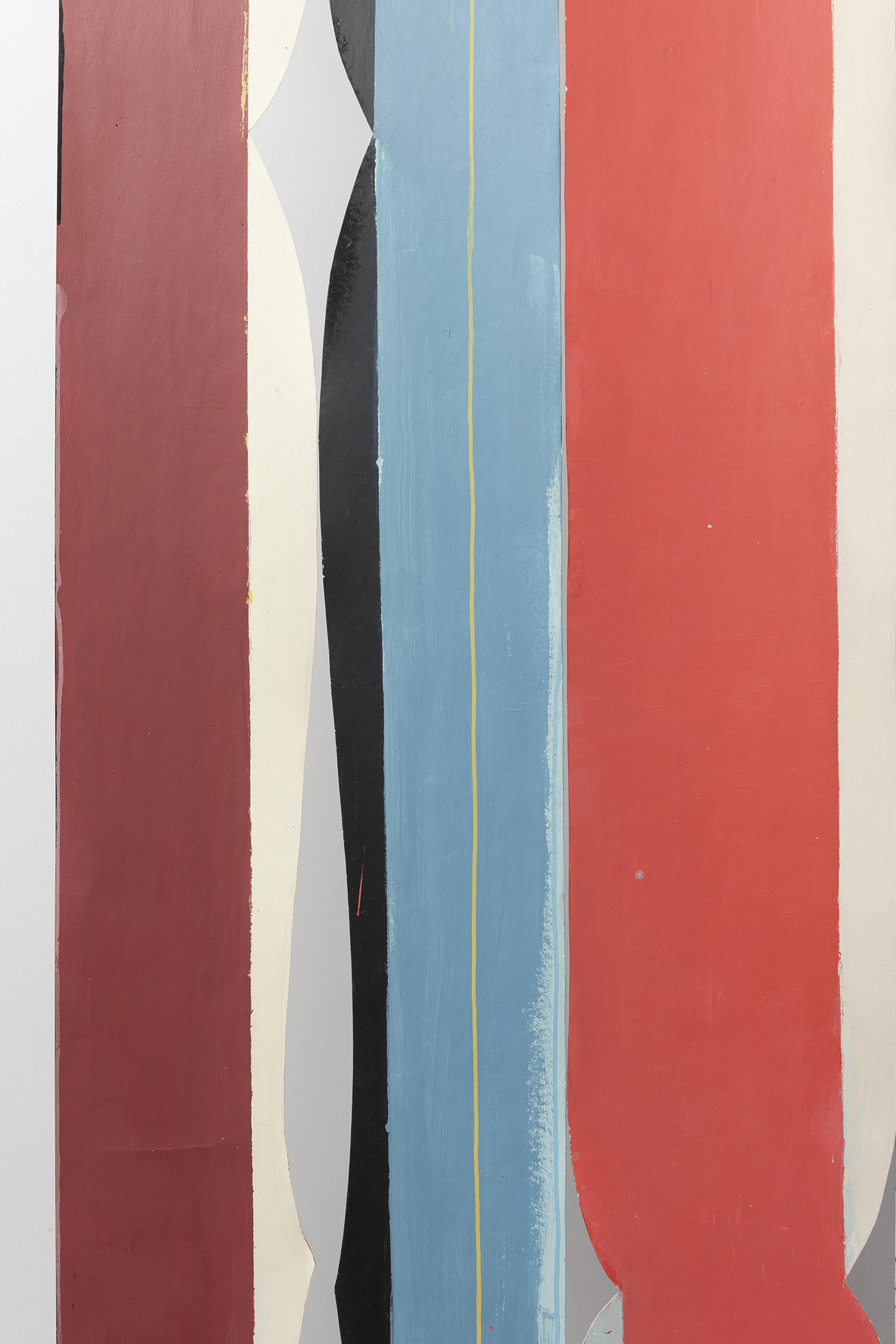 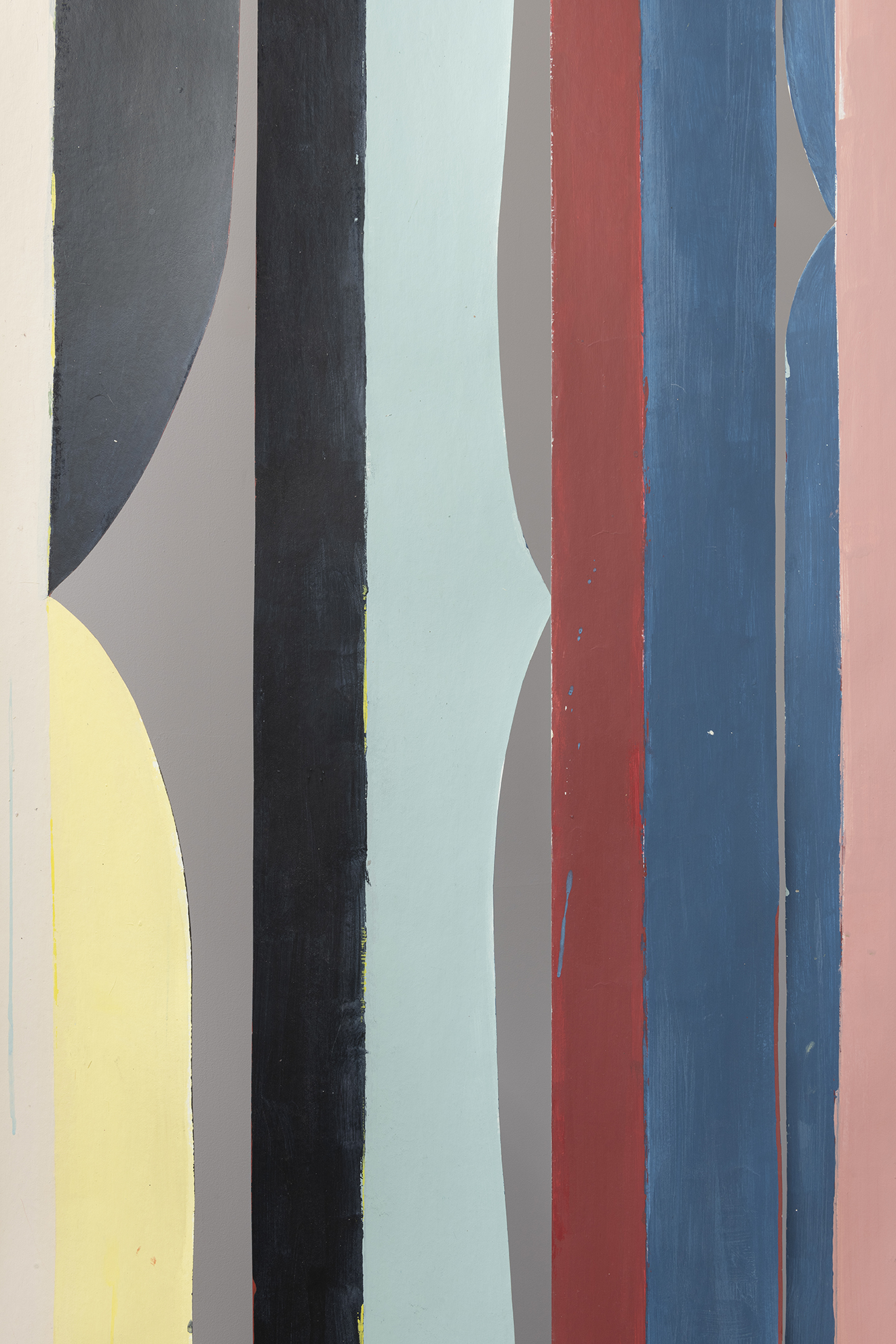 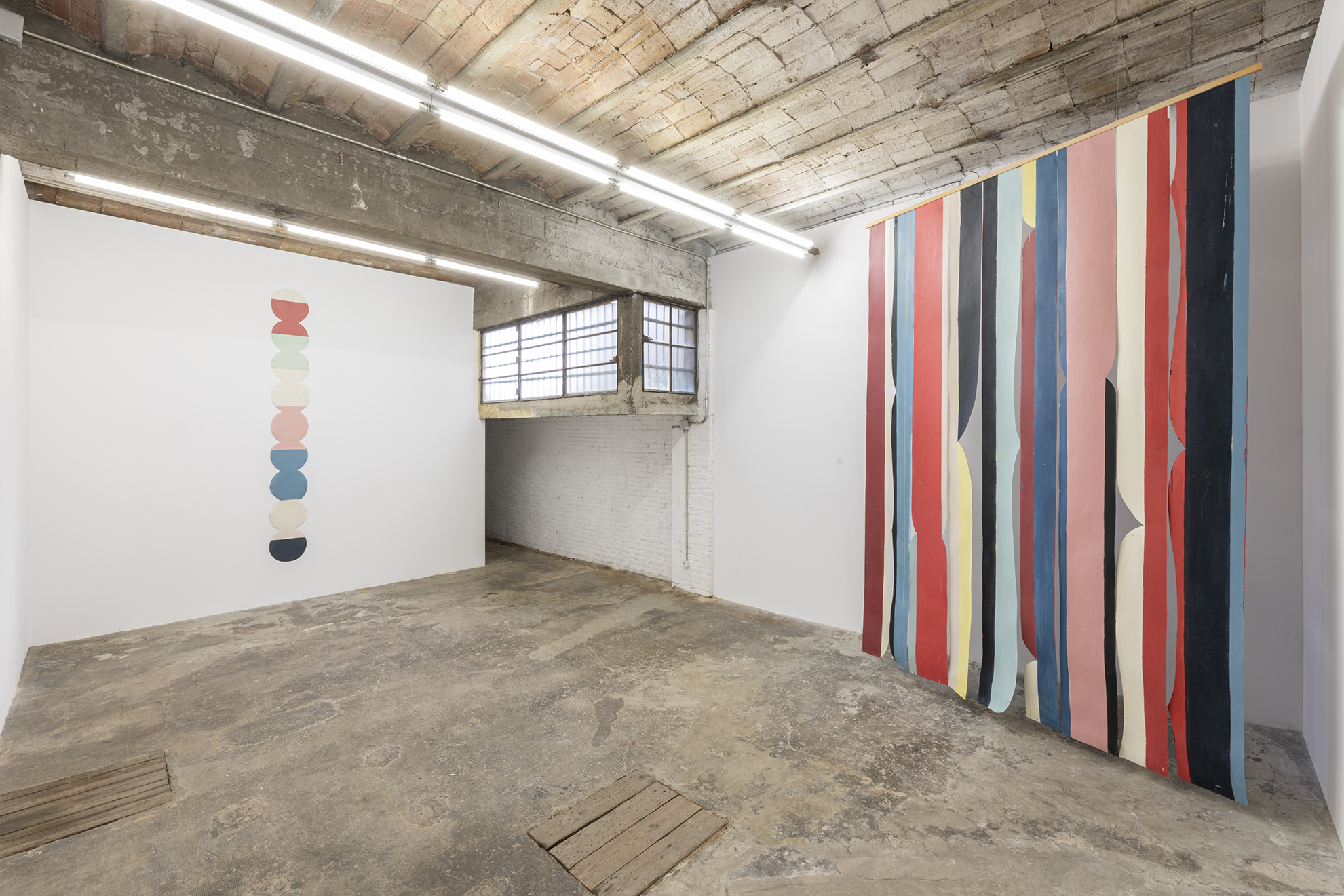 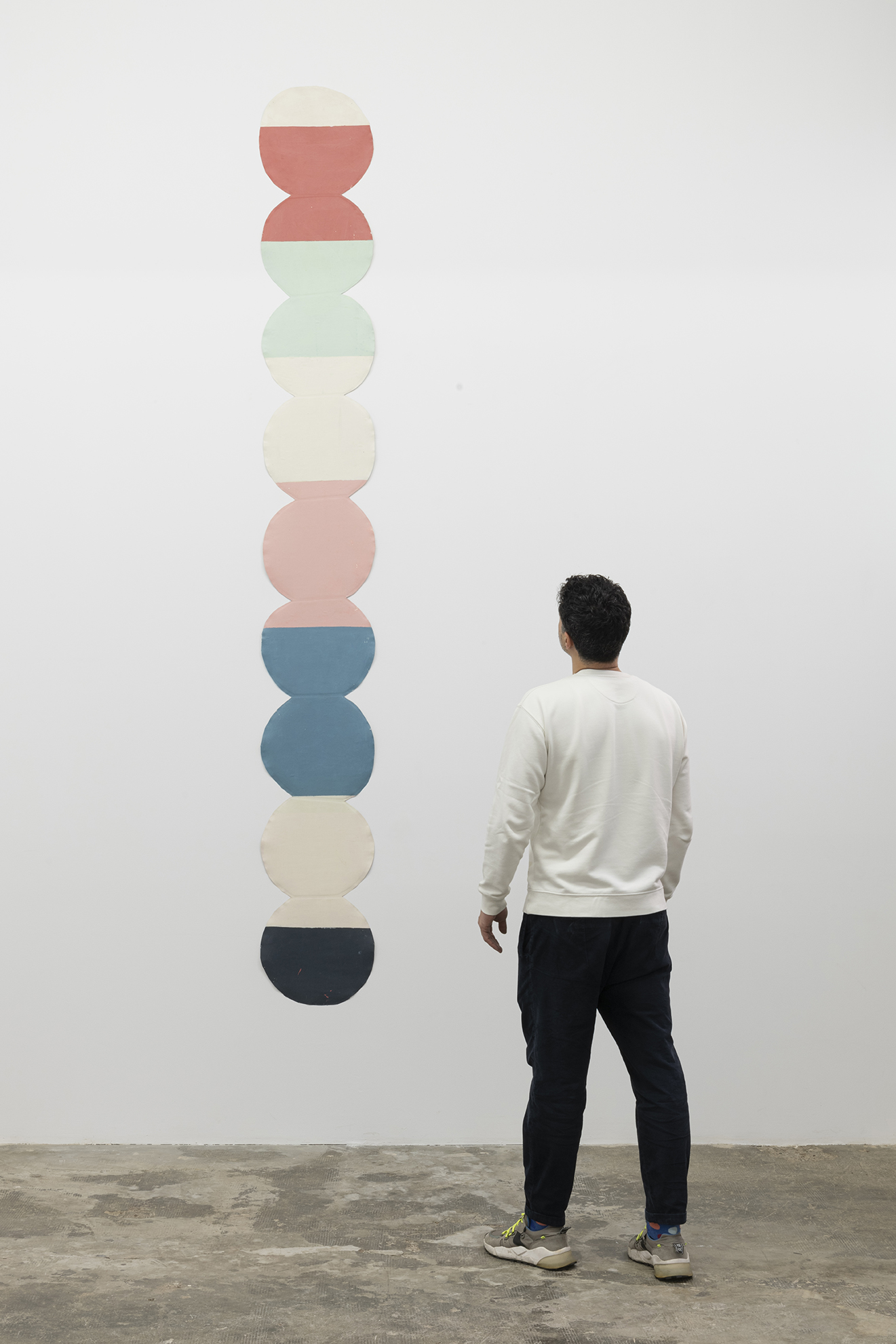 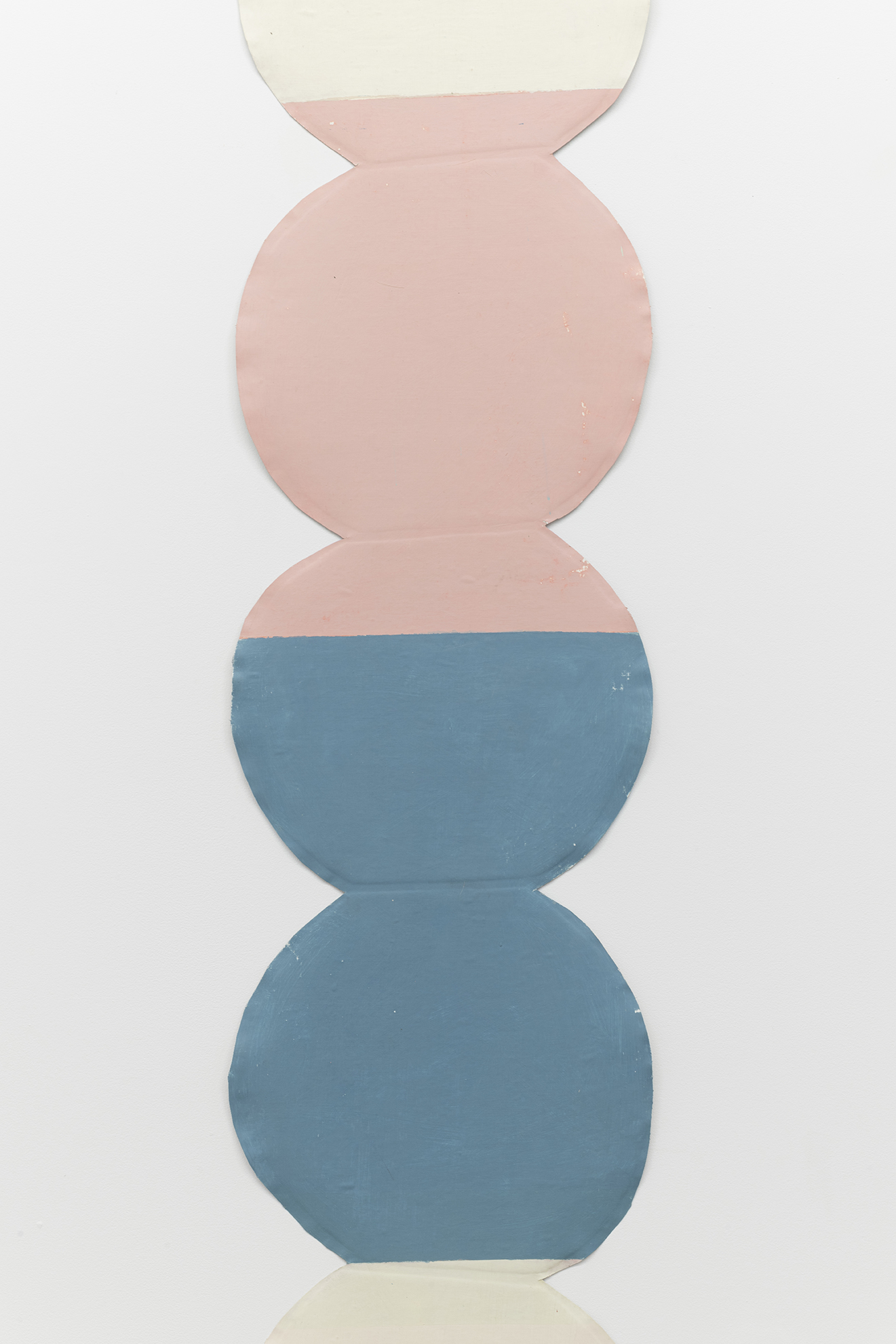 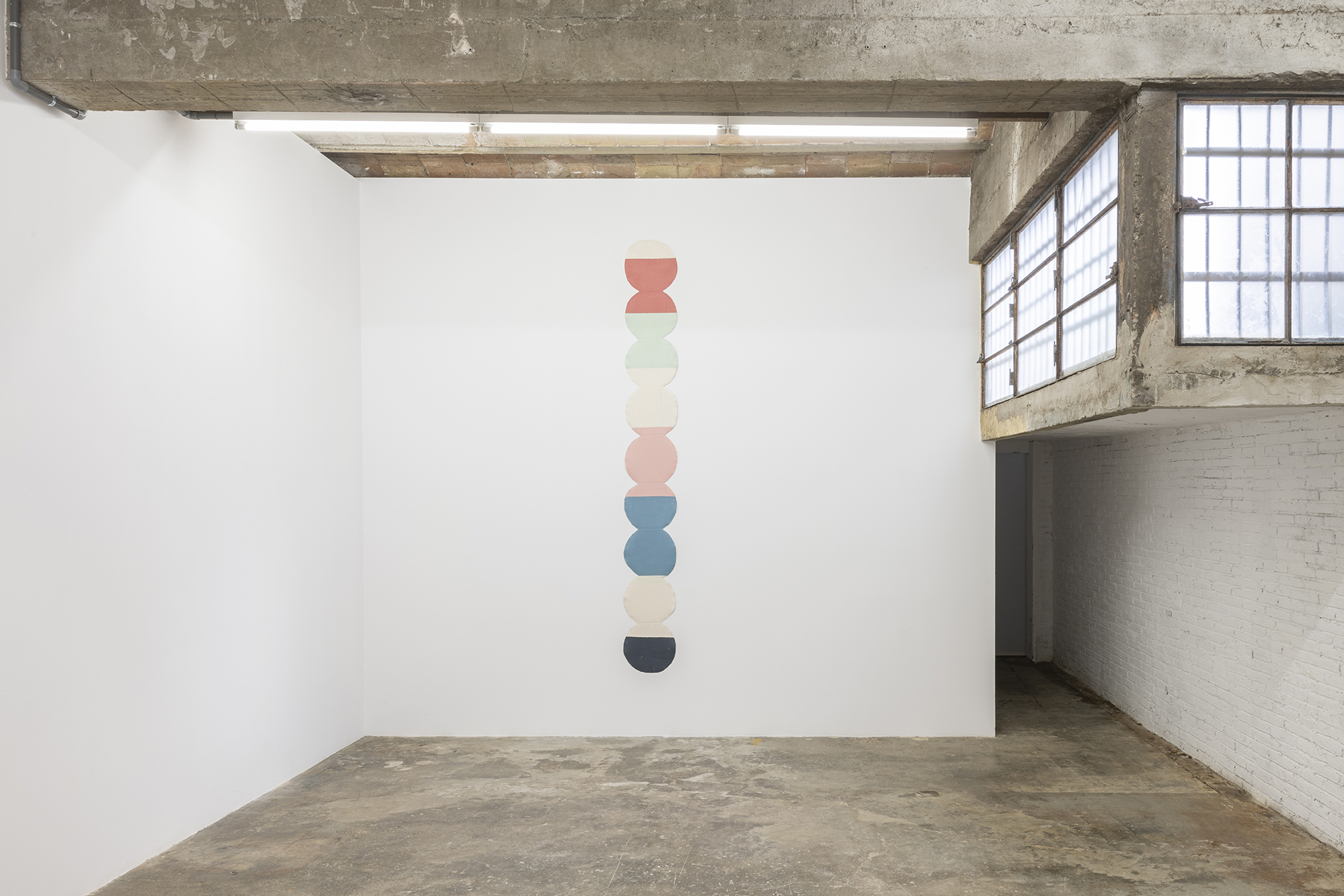 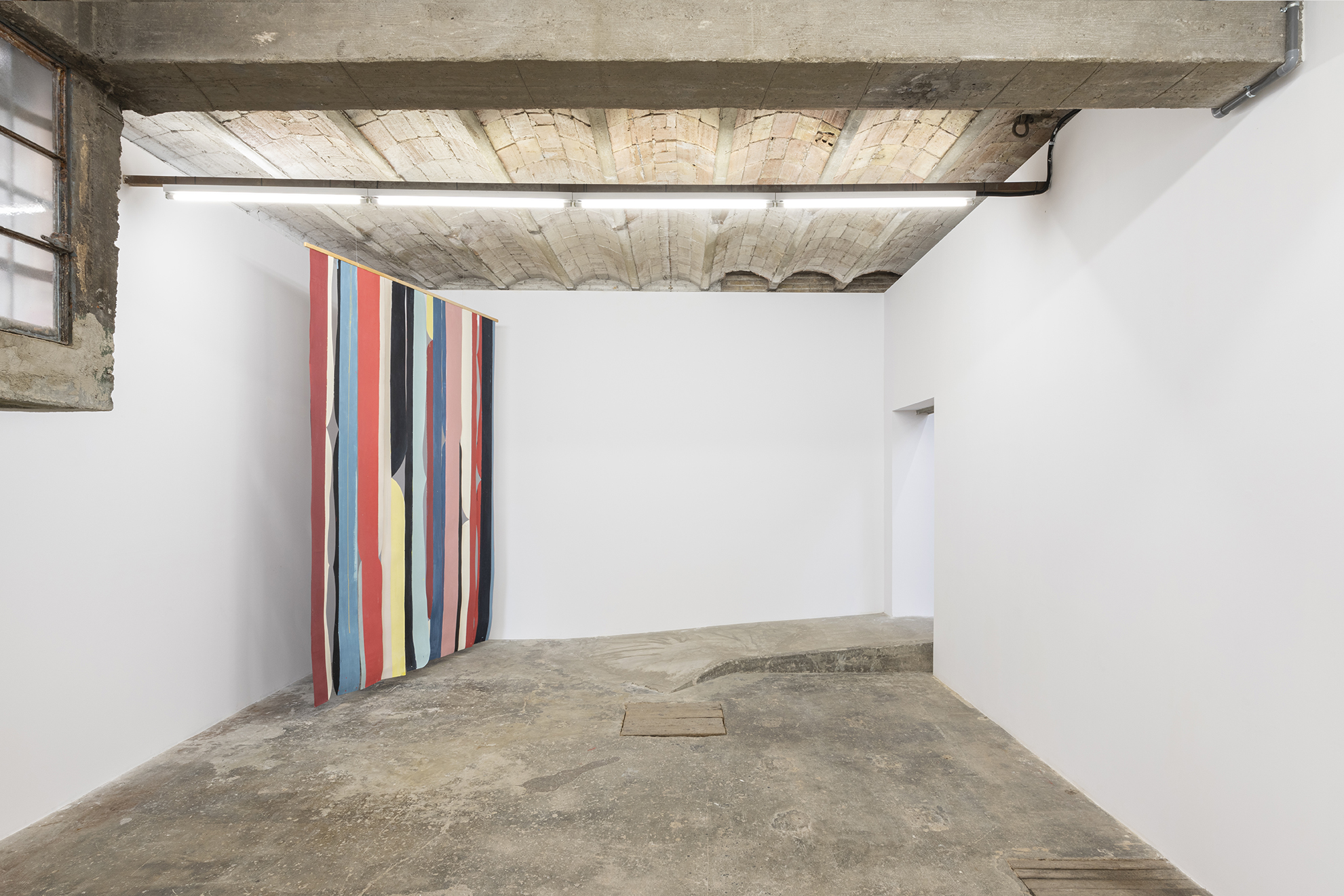 One of the most beautiful and fascinating premises of the historical vanguards is the one which posits that art holds the key for reconciling reality and desire. This hypothesis, which has been formulated in many disparate ways ever since the early twentieth century, fuelled an explosive aesthetic overhaul, influencing both high arts and the popular or applied arts. It was a kind of Big Bang, which is still reverberating today. And we feel its effects, in all their poetic power, in the work of Sabine Finkenauer (Rockenhausen, 1961), German artist based in Barcelona since 1993, who is now presenting her first exhibition at Galería Alegría.

Finkenauer carries out meticulous work of synthesis and abstraction, in which she shows her fondness for arranging and articulating essential shapes. With great skill, the artist is able to transmit rhythm, order and meaning onto the paper, wood, fabric or wall. Her shapes are complete and rounded; they are autonomous and applied. They are also playful, in their search for a function that suits human needs and desires. They are lyrical in their eagerness to reinvent space; they are revolutionary, because their apparent simplicity means that everybody can identify with and relate to them.

Thus, the new exhibition by Finkenauer resides amid a straightforward, accessible infinity, where the ultimate aim is to imbue the surrounding space with meaning. Its starting point is a series of semicircles, interwoven again and again, which establish a certain poetics in which roundness becomes patchwork, stitching-together, landscape, metaphor, mountain, water, fire, sequence, waterfall, undulation, oscillation, ball, wave, belly, colour and outline. And it transfigures the gallery space, turning the hard white cube into something soft, encapsulated within the gentle dream of its newfound freedom. It is no mere coincidence that, for this exhibition, Finkenauer has chosen a pictogram made up of the distinct elements present in her works. It's yet another example of the artist's desire to construct her own language, by placing familiar figures under a new order.

Finkenauer remains faithful to that vanguardist vision of revealing reality's hidden potential, creating an ambience in which colours hop from piece to piece. Her drawing leaps to the floor, becoming a round volume. The shapes elude the walls, the fabric works try to escape... These are polysemic pieces, able to offer immediate visual pleasure or to remind us that the world should be a space for freedom and playing around, unconditionally so. In this exhibition, the spectator is exposed to that exciting radiation that comes from art when it is used to fire up the engine of utopia. This is an expansive exhibition, with a transparent, warm aura: it invites us all to join in with the urge, so radical yet so simple, to endow reality with hope, beauty and meaning.